From the guy that fell into a Yellowstone hot spring and dissolved, to the man who was killed by his bagpipes, death is often found alongside the bizarre and the grisly. As testament to that, researchers have discovered the skeleton of a man in a Roman burial site in the UK who appears to have been buried face down, with a flat stone placed where his tongue should have been.

The Guardian reports the tongue-less remains were found during an archaeological excavation in 1991 near the river Nene in Northamptonshire, UK. Now, new research by Historic England takes a deeper look at how this curious death occurred.

The remains are known to date back to the third of fourth century CE, when the Roman Empire reached across much of England and Wales. Archaeologists have never found a skeleton in this burial style in this time period before, though. However, there are a few theories of how this man's final days came to be.

First of all, face down burials were often used to humiliate or shame the dead. A global study found this custom in many cultures across the world, as National Geographic has previously reported. From Peru to South Korea, it has signaled a society's deep disrespect towards the person, often at a time of cultural conflict. In this case, it would suggest that this man was a member of an unfavorable or stigmatized social group. Some archeologists also believe the burying of a corpse face down suggests a society's belief that it will stop the corpse from rising up again. 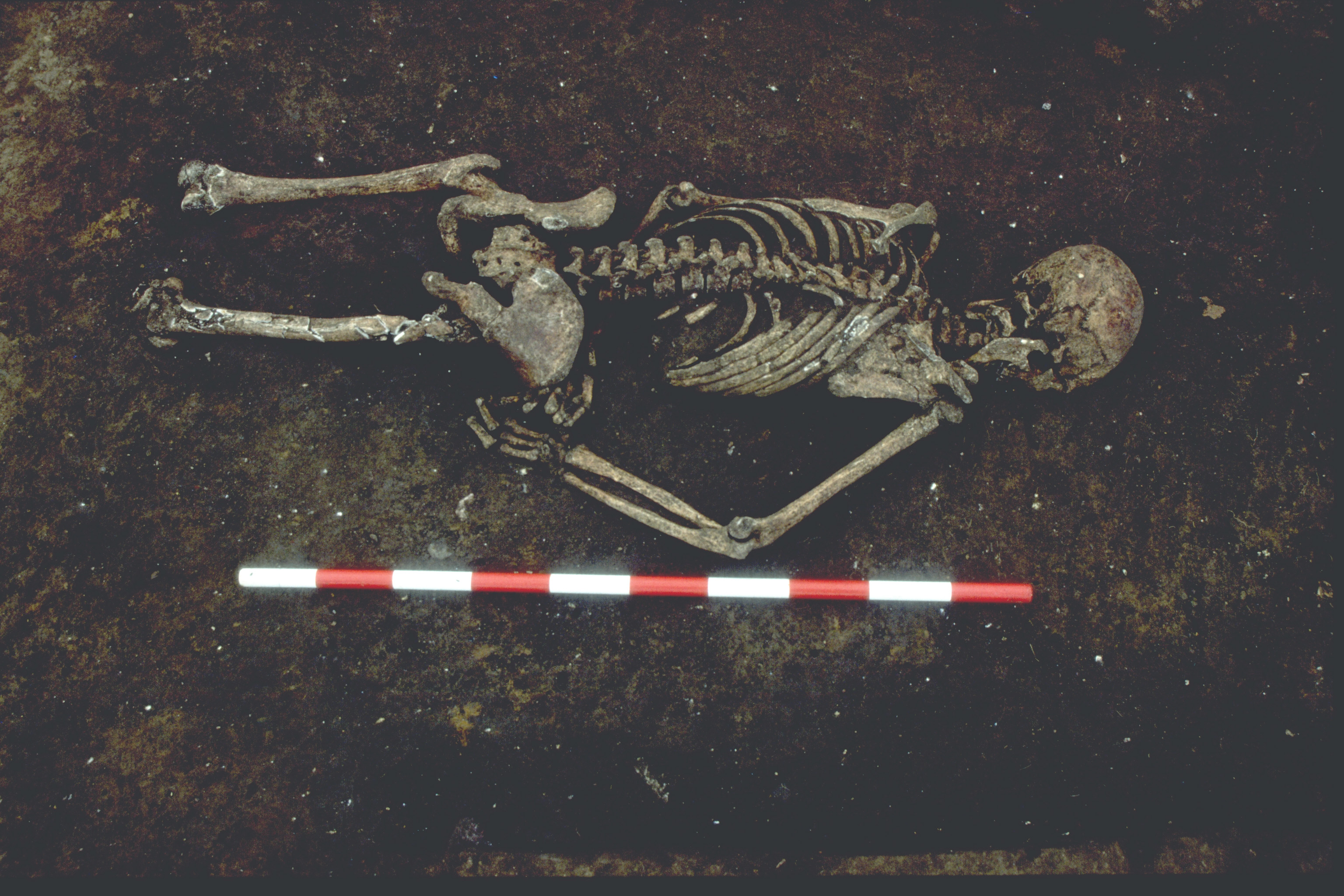 The face down buried remains, photographed from above. Historic England

But what happened to the tongue?

Simon Mays, Historic England’s human skeletal biologist, told the Guardian that Germanic law codes around the time document how tongues were sometimes severed to prevent a person spreading rumors. However, this doesn’t appear at all in Roman law. Another theory is that the man cut off his own tongue due to mental health issues, which could mean he was then shunned, hence the face down burial.

Researchers do know that the tongue was cut off before the man died, as his bones suggested he was heavily infected with bacteria that very likely came from a wound in his mouth.

As for the flat stone replacing his tongue, this is a custom that has been seen in other historical excavations of other time periods.