Queen Nefertari – no, not Nefertiti – was the first and, by all accounts, favorite wife of Ramses II, a warrior pharaoh that reigned Egypt over 3,200 years ago. Although it’s not clear when or how she died, with such a high status, she would have received a grand burial ceremony.

Weirdly, her dismembered legs have now turned up in a museum in Italy. One can suppose that the grand burial did not stay grand after grave robbers got into her tomb. Known as QV66, the burial site in the Valley of the Queens has been chipped away and stripped down for many thousands of years, and it appears that the remains of the Queen were fair game too.

The pair of fragmented and mummified legs in question – consisting of broken thigh bones, a single kneecap, and part of a tibia – have been sitting in the Egyptian Museum in Turin for some time now, and on a hunch, a team of Egyptologists decided to give them a proper look. As revealed in a remarkable PLOS One study, they do indeed belong to the long-gone monarch.

“She is the only queen from the Ramesside era to have been likely identified so far,” Egyptologist Michael Habicht at the Institute of Evolutionary Medicine, University of Zurich, Switzerland, told Seeker. According to Habicht, she ranks as being as influential on Ancient Egyptian history as Nefertiti and Cleopatra, as she had a huge influence on foreign policy.

Tracing the history of her tomb’s discovery, they found that her mummified legs were taken to this particular museum and housed there. They were henceforth considered to belong to the missing Queen, but no scientific investigation of any kind had taken place.

After a thorough analysis, which included radiocarbon dating (for the age), paleopathology (to investigate any previous signs of disease), archaeology, genetics, and chemistry, the team are confident that these legs do indeed belong to Nefertari.

In their study, the researchers conclude that their evidence “is coherent with the findings of the excavators and with the inscriptions found on the funerary objects,” before noting with a surreal nonchalance that “the most likely scenario is that the mummified knees truly belong to Queen Nefertari.” 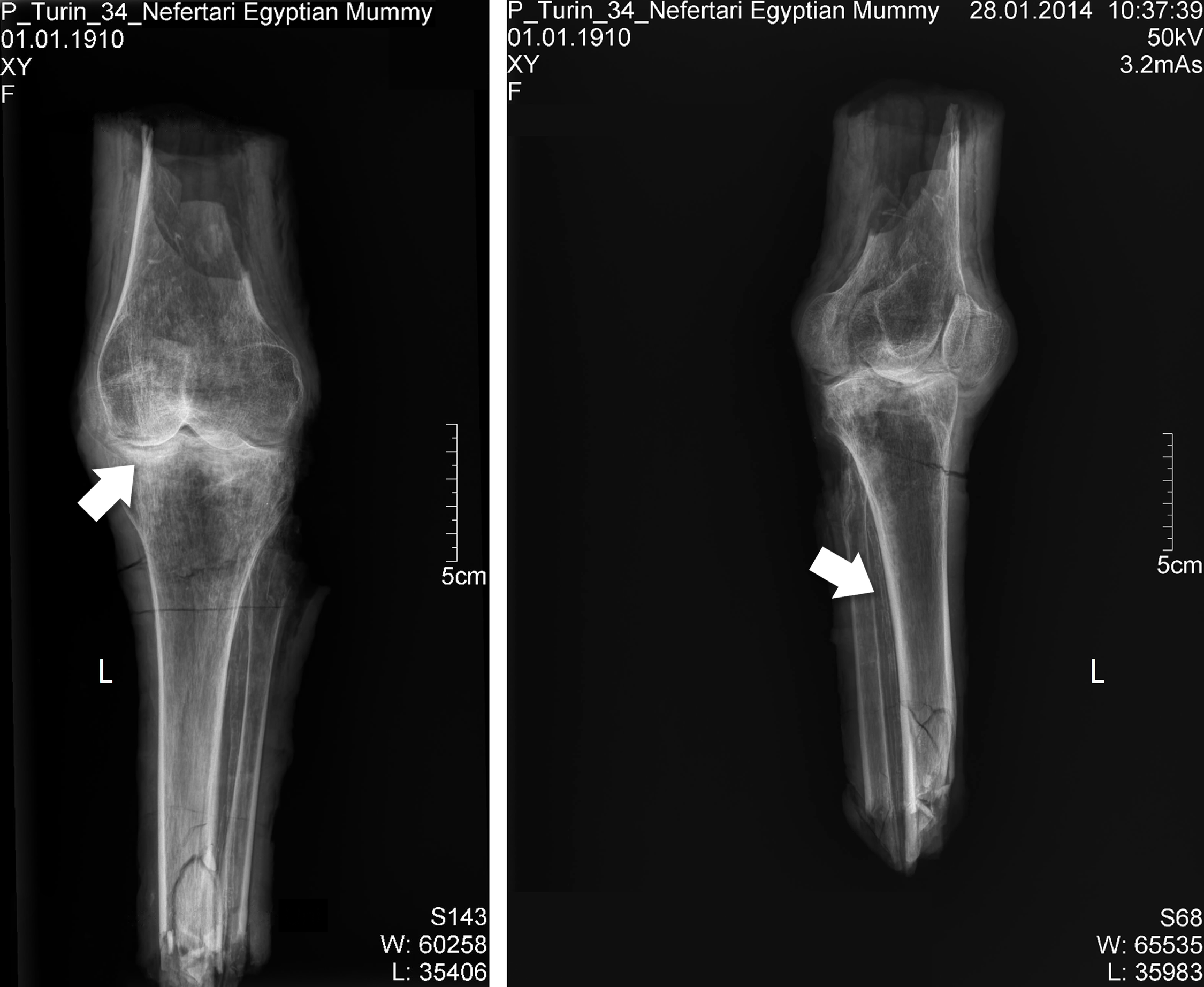 An X-ray of the left knee. The white arrow points to signs of arthritis. Habicht et al./PLOS One

She appeared to be 40 years old at the time of her death, and the mummification and embalming techniques used on her are consistent with those used during the Ramses dynasty. She was taller than 84 percent of the women living at the time, reaching a height of 165 centimeters (5 feet 5 inches).

As for Ramses II, he wasn’t alone for long. He made the dubious decision to marry three of his own daughters.