Women are criminally underrepresented in science and technology. In fact, across a range of STEM fields, they are actively discriminated against. As a new study uploaded to the pre-print server arXiv also reveals, male scientists are helping themselves get ahead far more than women are when it comes to boosting the profile of their own work.

When academics compose research papers, they reference previous studies in order to back up their arguments. Normally, these studies are written by other researchers, but the authors of the paper can cite their own work if they so desire.

This practice of self-citation is widespread, and there’s nothing inherently wrong with it. After all, if you write a paper that later forms the basis of much of your research, then it’s only right that you reference it. However, as this study by researchers at Stanford University, New York University, and the University of Washington reveals, men do this far more often than women.

As part of an investigation into self-citation, the team analyzed 1.5 million papers in the academic database JSTOR. Of these papers’ 8.2 million citations, 775,000 references (9.5 percent of them) were self-citations. Although this seems high, the real shock came when they broke down the numbers along gender divides.

“If men are more likely to cite their own work, their papers will appear to be higher quality partly because of men’s own efforts at self-promoting them,” the authors write in their study.

Self-citations per paper for men (orange) and women (blue) over time from the 1950s to the present. King et al.

In the world of academia, citations are taken into account by universities when deciding how “valuable” a person’s body of work is, and it’s not easy to find out how many of these references are examples of self-citation and how many are not, so they’re often just totaled up. If this research is accurate, then it suggests that men are giving themselves a huge advantage by self-citing far more than women.

So why are men more likely to cite their own work? One possibility is that it’s a form of permissible narcissism that’s inherent to men, not women – indeed, several studies have shown that this is likely to be the case.

In a pointed criticism of the pervasive attitude towards women in academia, the authors note that “merely encouraging women to cite their own work more is not a simple solution,” suggesting that “it may have unintended consequences due to backlash against women's self-promotion.” Simply put, women's self-promotion is often seen as socially unacceptable.

One optimistic vision of the future focuses on the fact that there are more women in STEM fields than ever before, even if they are still massively outnumbered at the post-degree stage. This implies that women will have more work to reference in the future if this trend continues, and they will begin to self-promote and self-cite more frequently – thus, the gap will close.

A more melancholic possibility is that, thanks to the increasingly hostile nature of having a career in academia, the majority of academics – i.e. men – will over time feel increasingly pressured to self-promote. Thus, male self-citations would increase beyond the reach of female academics. 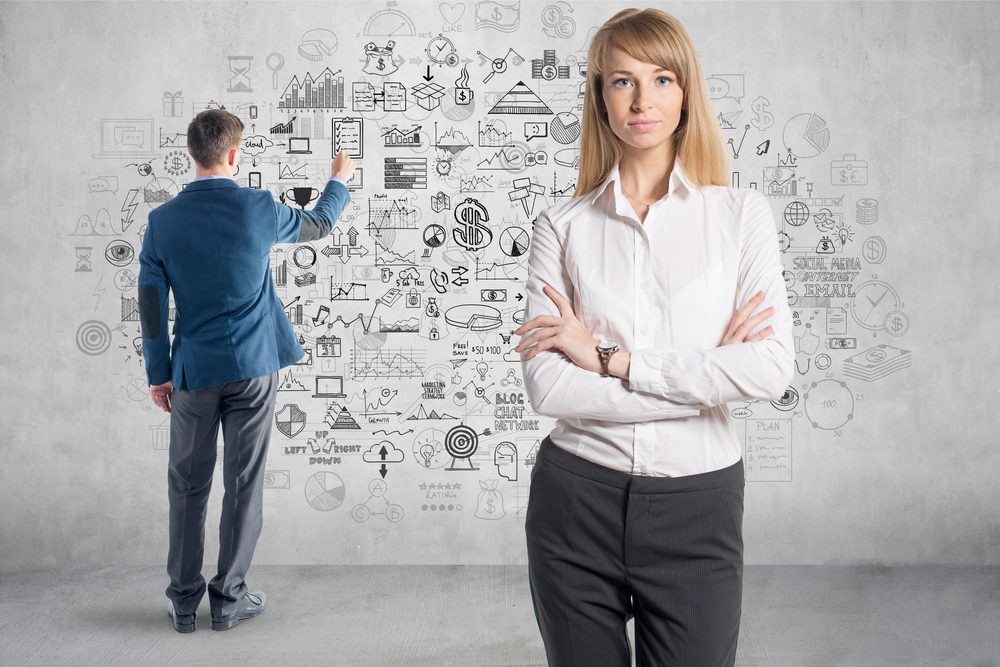 Until attitudes towards female academics change, nothing will improve. Undrey/Shutterstock