For many years, scientists believed that our brains were unable to produce new neurons once we had been born, and that we all had to make do with the brain cells we started life with. Later, it became clear that new brain cells are in fact created in some key brain regions, replacing those that become damaged and protecting us from dementia. Now, researchers have discovered that the stem cells giving rise to these neurons originate in the membranes encasing the brain, known as the meninges.

Publishing their findings in the journal Cell Stem Cell, the authors claim that their discovery of this source of stem cells could one day lead to new treatments for brain damage or neurodegenerative disorders.

Most neurogenesis in the adult brain occurs in a region called the hippocampus, where the creation of new brain cells ensures our memories remain in working order as we age. The meninges penetrate the brain at every level, encapsulating a number of different regions, including the hippocampus.

This led the researchers to speculate that hippocampal neurogenesis may rely on stem cells originating in the meninges. To investigate, they used a fluorescent dye to mark stem cells inside the meninges of mice, and then tracked the movement of these so-called progenitor cells, both during embryonic development and after birth. 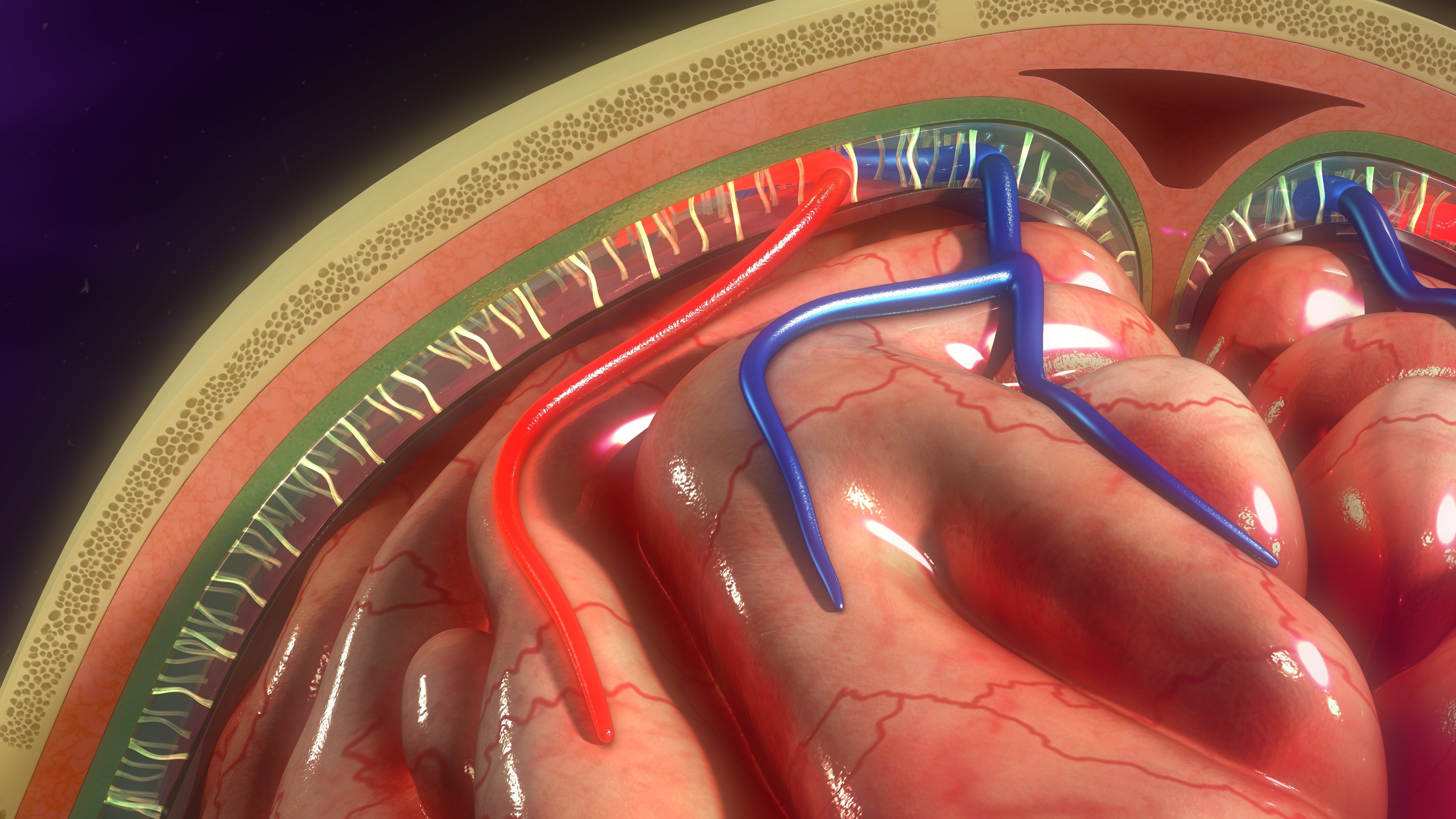 The meninges are membranes that cover and penetrate at all organizational levels. sciencepics/Shutterstock

They discovered that the progenitor cells inside the meninges do indeed migrate into the brain after birth, through a region called the caudal ventricular zone, before developing into fully functional neurons.

“The neuronal stems cells that we discovered inside the meninges differentiate to full neurons, electrically-active and functionally integrated into the neuronal circuit,” explained study co-author Peter Carmeliet in a statement.

Many of these neurons ended up in the dentate gyrus, which is located in the hippocampus and is known to be one of the brain’s neurogenesis hotspots.

There’s still a long way to go before this discovery can be harnessed in order to regenerate the brains of patients suffering from neurodegeneration, but these findings should at least allow researchers to start answering some key questions posed by Carmeliet, such as “how are these meningeal stem cells activated to become different kinds of neurons? Can we therapeutically ‘hijack’ their regeneration potential to restore dying neurons in, for example, Alzheimer’ Disease, Parkinson’s Disease, amyotrophic lateral sclerosis (ALS), and other neurodegenerative disorders? Also, can we isolate these neurogenic progenitors from the meninges at birth and use them for later transplantation?”

Finding the answers to these questions could represent a massive leap forward for neuroscience.