These days, you’ve only really made it if you’ve been immortalized in LEGO. Just ask Batman. So riding high on the renewed interest in the “hidden figures” of space science, LEGO has announced it will be releasing a new “Women of NASA” collection, set to be available either late this year or early 2018.

The Women of NASA collection was proposed by US science writer Maia Weinstock as part of the LEGO Ideas project that takes place twice a year, allowing fans to pitch ideas to the company. Weinstock’s collection of five notable women in science was picked up by the company after it received more than 10,000 public votes.

LEGO Ideas spokeswoman Lise Dydensborg announced the company was excited to go ahead with Weinstock's idea, following on from its first-ever set of female-only scientists, also a LEGO Ideas proposal, back in 2014.

"As a science editor and writer, with a strong personal interest in space exploration as well as the history of women in science and engineering, Maia Weinstock's Women of NASA project was a way for her to celebrate accomplished women in the STEM [Science, Technology, Engineering, and Mathematics] professions," Dydensborg said in a statement.

"This proposed set celebrates five notable NASA pioneers and provides an educational building experience to help young ones and adults alike learn about the history of women in STEM,” said Weinstock in her proposal.

So who are these awesome women?

You’ve probably heard of Johnson recently due to the popularity of the book and subsequent Oscar-nominated film, Hidden Figures. Johnson was one of the many “human computers”, women of color employed by NASA in the early days of the space program. A mathematician and physicist, she calculated the trajectory of the rocket that sent Alan Shepherd, the first Amercian, into space. 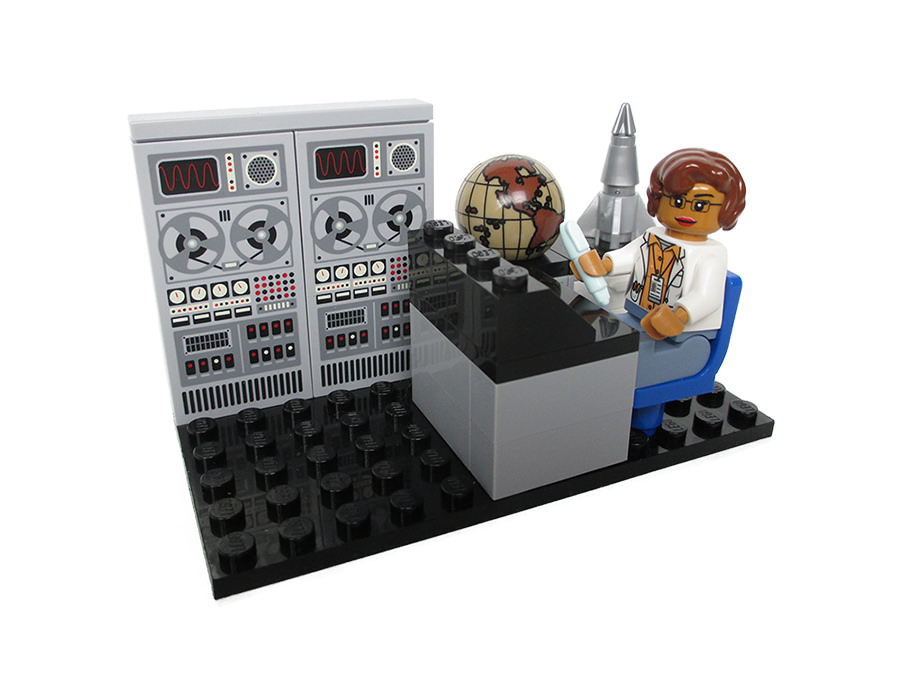 Margaret Hamiton worked for MIT under contract with NASA in the 1960s. A computer scientist and systems engineer, she designed and developed the onboard flight software used for the Apollo missions to the Moon, which was later adapted and used by the Space Shuttle. Last year, she was awarded the Presidential Medal of Freedom by President Obama, the highest civilian award in the US. 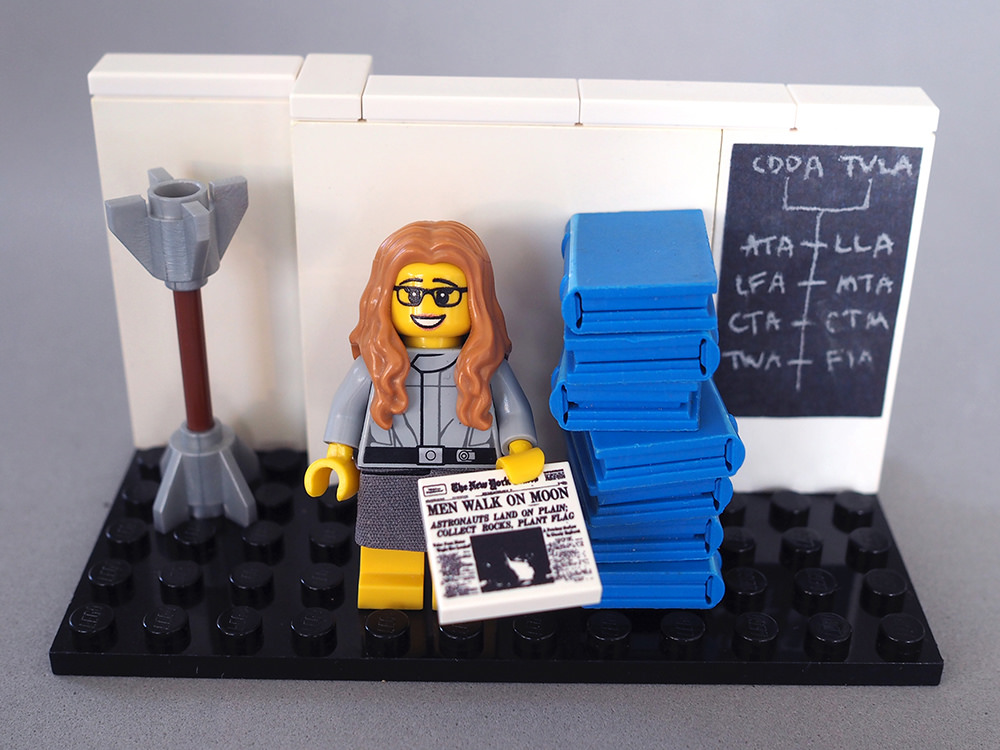 Sally Ride is well known for being the first American woman in space. A physicist by training and astronaut by ambition, Ride first went into space aboard the Challenger space shuttle in 1983, returning again in 1984. After retiring as an astronaut, Ride taught as a professor of physics, became a children’s science book writer, and set up a science outreach company to encourage children, especially young girls, to pursue science. Ride died in 2012.

Mae Jemison was the first African-Amercan woman to go into space. A trained medical doctor and Peace Corps medical official, Jemison was inspired by Sally Ride and applied to the NASA astronaut program, entering into space aboard the space shuttle Endeavour in 1992. Retiring from NASA, Jemison founded a company that researches the application of science and technology to daily life. 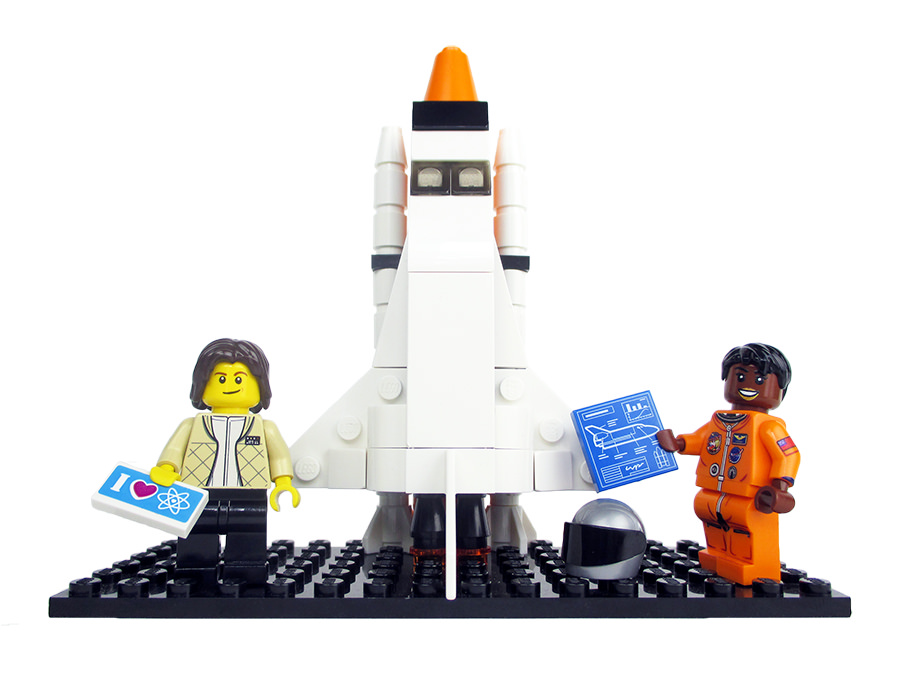 Ride and Jemison with the Space Shuttle

Astronomer, educator, and advocate for women in science, Nancy Grace Roman is known to many as the “Mother of Hubble” due to her contribution to the Hubble Space Telescope. She was the first Chief of Astronomy in NASA's Office of Space Science, and NASA’s first female executive. She has published many astronomy papers over the years and acted as a consultant to NASA’s Goddard Space Flight Center. 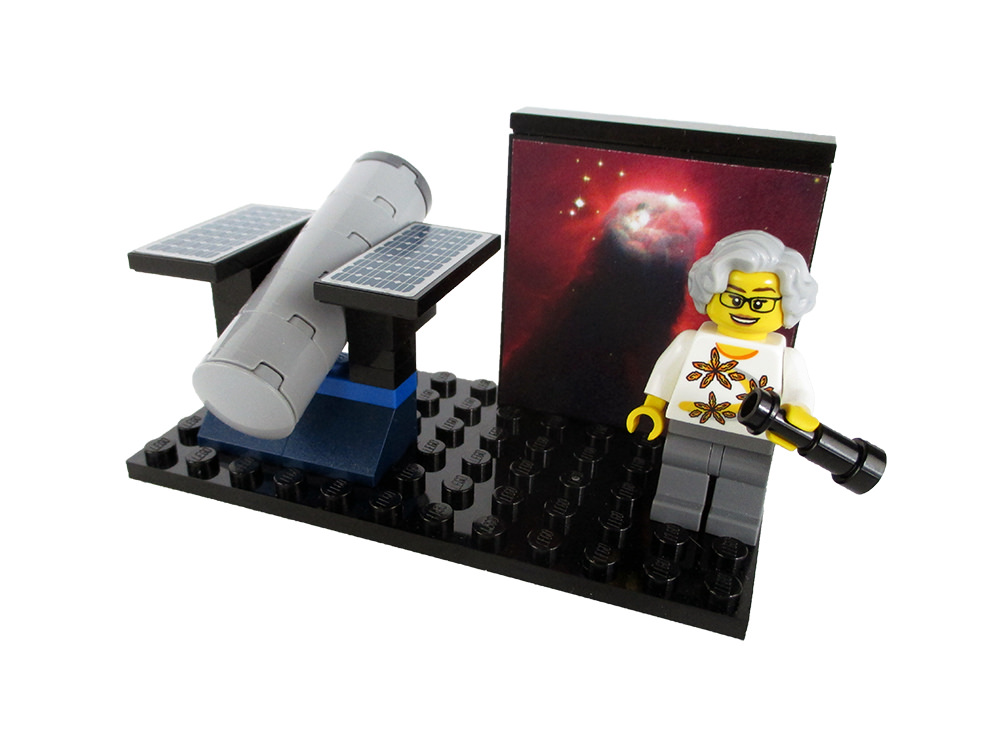 As well as the desktop frame that includes all five figurines, the set includes various vignettes, including a recreation of the famous photo of Margaret Hamilton standing next to piles of code she’d written, the Hubble telescope for Roman, the Space Shuttle for Jemison and Ride, and instruments used to calculate and verify shuttle trajectories for Johnson.

Not everybody will know who these amazing women are, but half the fun will be exploring them, their histories, and contributions to science, whether you’re five or 95. 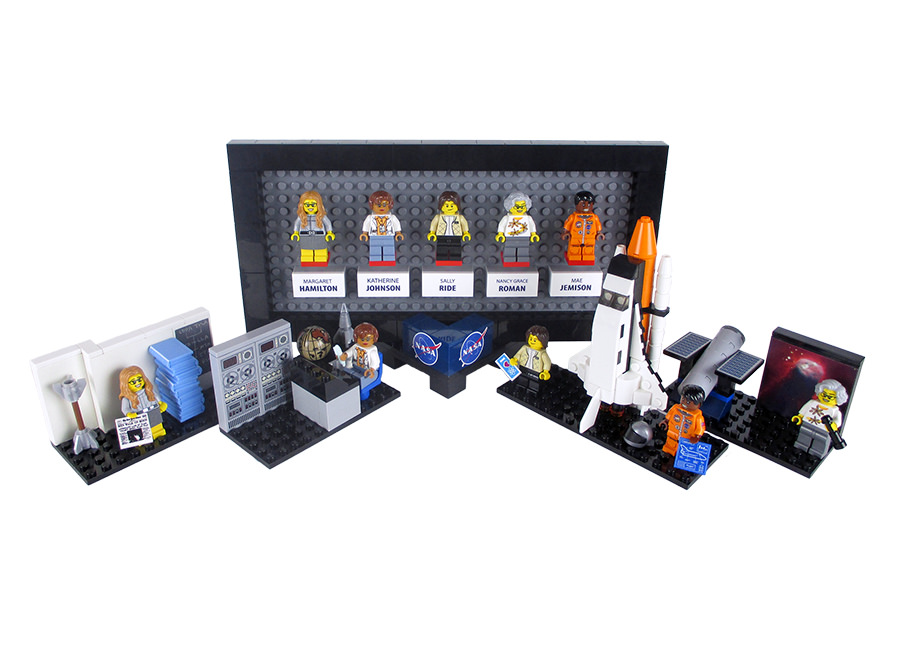