Students rejoice, for today science is on your side. A new study determining the best hours for young people to learn has discovered there’s not much point starting lectures at 9am as young people are not at their cognitive peak then. Instead, the study suggests 11am, or even noon, as the optimal time to start learning.

The study, by The Open University (OU) and the University of Nevada and published in the journal Frontiers in Human Neuroscience, discovered that students are most effective when studying between the hours of 11am and 9.30pm than at any other time of the day.

The researchers looked at 190 first and second-year students at the OU and the University of Nevada, and had them fill out a survey that included questions on their study patterns, their preferred sleeping hours, and the hours they felt they were at their cognitive best throughout the day.

The data revealed that twice as many students thought of themselves as “evening” people rather than “morning” people, rating their cognitive abilities as most productive between 11am and 9.30pm. The researchers say this is because natural wake/sleep patterns can shift by up to three hours in young people, due to biological changes that start in puberty, peaking at age 19, before resuming normally in their mid-twenties.

This study, it should be noted, is based on students' self-reported chronotypes and the times they feel at their best, not on imaging or exam performance. The researchers also note in their study that "every single start time disadvantages one or more chronotypes," with no time satisfying all students. 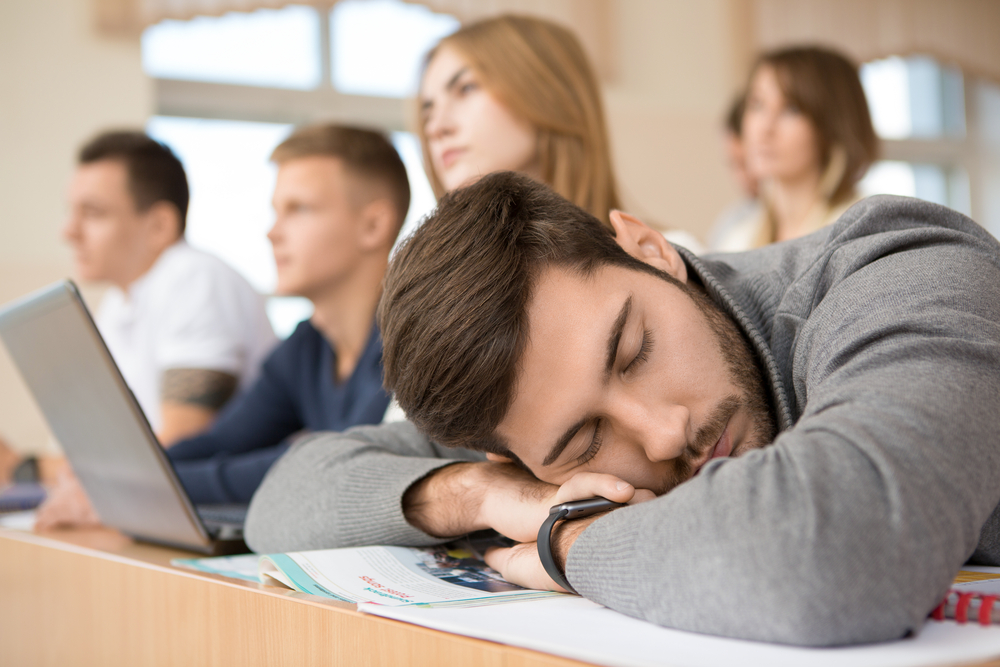 We've all been there. Nestor Rizhniak

Dr Paul Kelley of the OU, who led the analysis, said their finding “raises the question as to why conventional universities start their lectures at 9:00 am when our research reveals that this limits the performance of their students.”

The study suggests that the traditional early starts of both education and work could be putting young people at a disadvantage as they interfere with young adults’ body clocks, and that later starting times could be crucial to university students' sleep, health, and performance. Being allowed to start later “allows for the student to target their study time to align with their personal rhythm and at the time of day when they know they are most effective,” Dr Kelly said.