It’s day 30 of my LSD microdosing experiment, and although I don’t feel anything unusual rippling through my consciousness, my cognitive tests are showing that something is definitely up: According to my mood scores, I’ve become deliriously happy, and a fantasia of fictitious fauna has begun to leak from some exotic region of my psyche.

Admittedly, this homespun research project carries none of the credibility of a lab-based clinical trial, and nothing but a good old splotch on a brain scan will provide any real clarity as to what effect microdosing has on cognition. But as that sort of data is yet to be collected, I decided to spend a month scientifically measuring the psychological outcomes of taking tiny doses of LSD.

Why Am I Microdosing?

Microdosing involves consuming miniscule quantities of psychedelic substances in order to grease the wheels of cognition without producing a mind-altering trip. The practice has become popular among Silicon Valley professionals looking to boost their creativity, and gained further attention thanks to Ayelet Waldman’s book entitled A Really Good Day, in which she recounts how regular microdoses of LSD helped her to overcome depression.

However, these and other anecdotal reports remain the only evidence we have for the efficacy of microdosing, which is why I’ve been using a battery of cognitive tasks to assess my mood and creativity levels while microdosing with LSD. 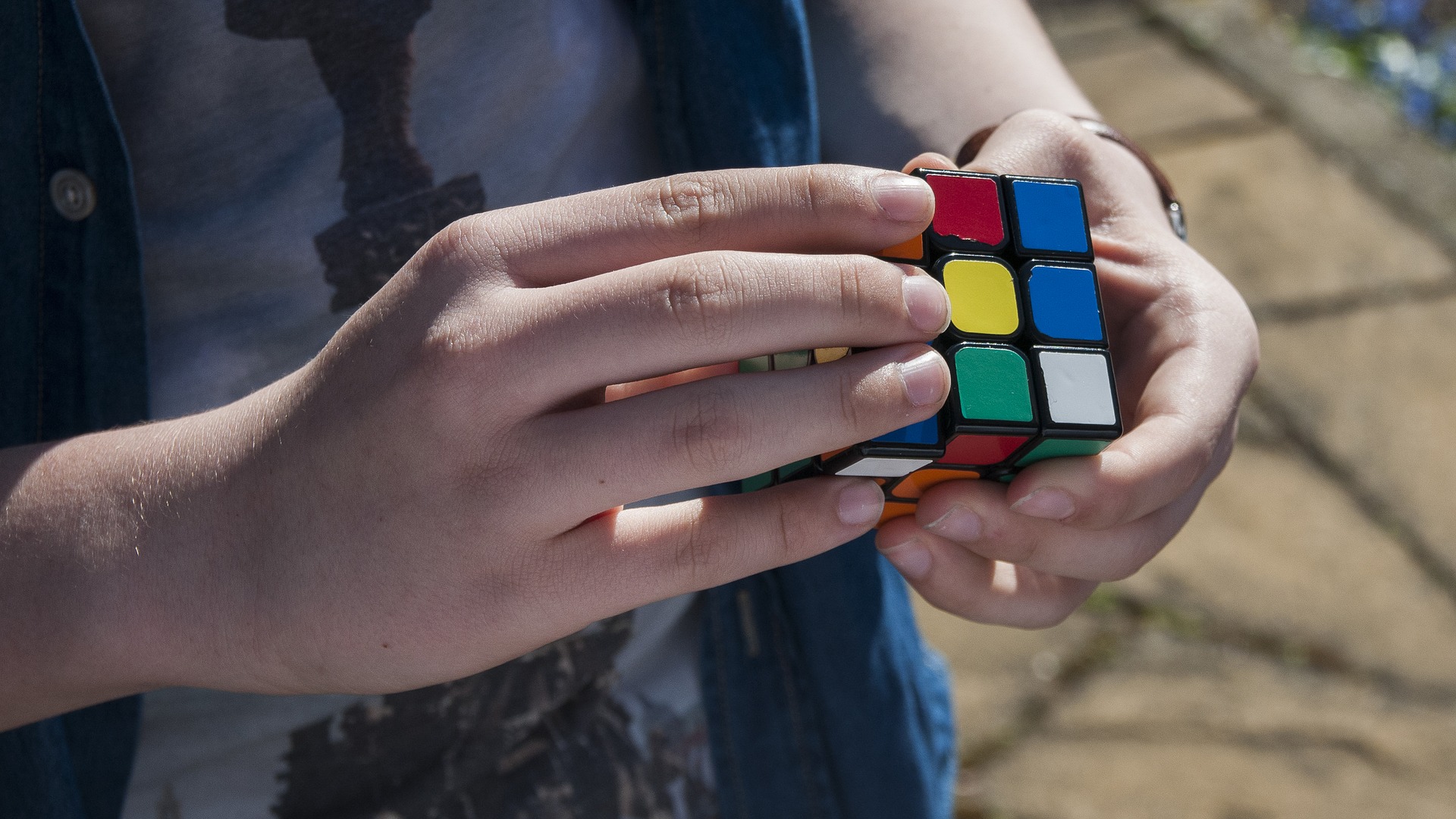 Paul Austin is the founder of The Third Wave, an online educational resource that has become a hub for people with an interest in microdosing. He told IFLScience that “people who microdose tend to fall into one of two camps,” and that the dosage they use often depends on which of these they belong to.

“The first group are those who are microdosing because of a deficit, meaning they feel something is lacking and they want to microdose just to get back to normal. These may be people with depression, addictions, post-traumatic stress disorder or social anxiety.”

According to Austin, people who microdose for this reason often – but not always – go for a dose that is “a little bit more than sub-perceptible, so they get this slight feeling of glow.” In other words, getting just a tiny bit high on a regular basis seems to be effective at treating depression – as testified to by Waldman in her book.

The second group are those who are already at baseline but microdose in order to enhance their creativity and productivity by entering “flow states”.

“A state of flow is like being in the zone,” says Austin. “It’s when you’re engaged in something that is fairly difficult, and really complex things become easier to solve.”

“People are noticing that when they take sub-perceptible doses, that that’s helping them get in this zone at certain tasks like writing or solving a problem.” This means that in order to achieve peak performance it’s best to take a dose so small that you feel literally nothing; if you’re tripping even a tiny bit, you’ve had too much.

Personally, I’m more interested in boosting creativity than treating an emotional disorder, so I decided to go sub-perceptible, and took 10 micrograms of LSD every third day for 30 days.

Despite the recent avalanche of media articles raving about how microdosing is helping to create a preposterously productive and cataclysmically creative workforce, I can't say either I or my employer received much noticeable benefit in that regard. I didn't develop an equanimous appreciation for the more boring aspects of my job, nor did I make a particularly outstanding contribution to the success of the organization during my microdosing month. All in all, my experience of reality was pretty much the same as every other month I've spent on this planet, although the results of my cognitive tests paint a rather different picture.

Austin explains that “[through] the practice of microdosing, you’re re-training or just training your brain to think in different ways over a long period of time.” And while there hasn't yet been any studies conducted into how microdosing alters brain activity, research with larger doses of psychedelics has shown that these substances produce a magnificent proliferation of connectivity throughout the brain, sparking more flexible patterns of cognition that may lead to enhanced creativity.

It is therefore believed that as people microdose over a period of time, their brain becomes increasingly adept at entering flow states, causing creativity levels to rise gradually.

To monitor this, I used the Torrance Tests of Creative Thinking, and found that although I didn’t feel any more flamboyant as the month went on, my creativity scores did increase. This is particularly apparent in my responses to the Incomplete Figures Task, which involves drawing a complete picture from a random line drawn on a page (in red below) in a set period of time. The score is then calculated based on originality, storytelling, richness of imagery, humor, and a range of other factors.

Depressingly, this miserable potato thing smoking a pipe was all my brain could squeeze out at baseline. 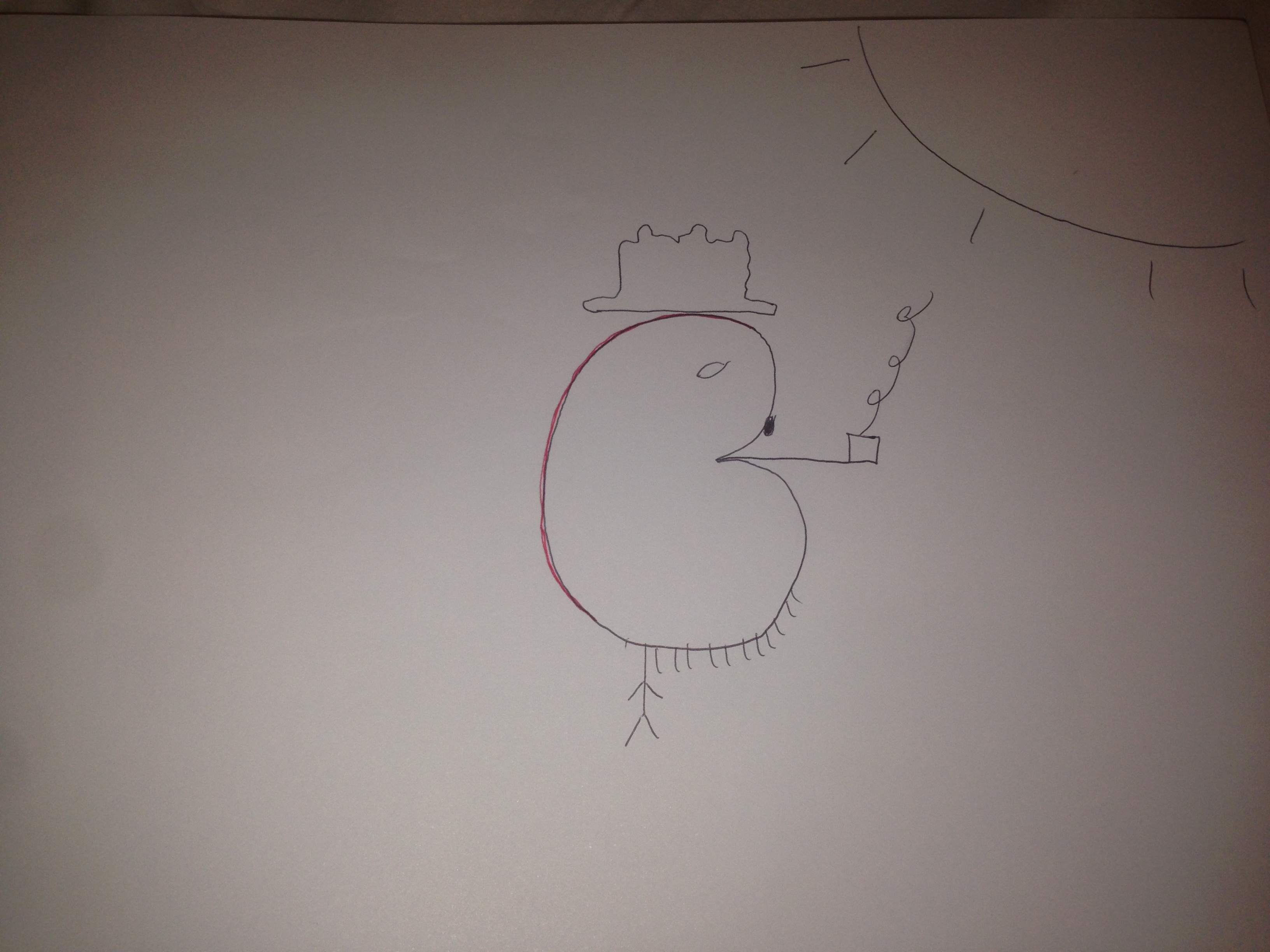 A week in and my scores were on the rise. 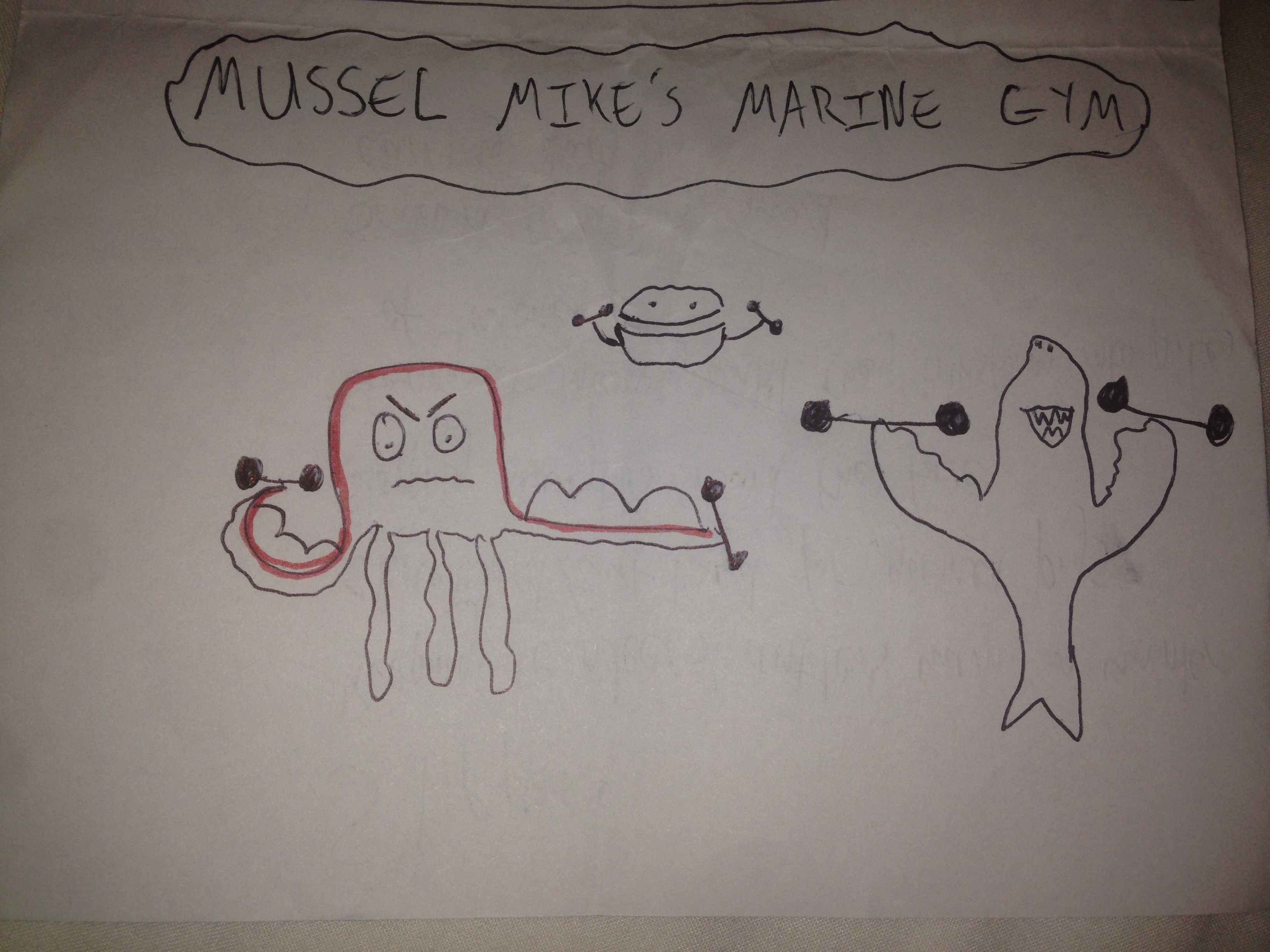 I whipped out my Attenborough on day 10, as the storytelling began to get more articulate. 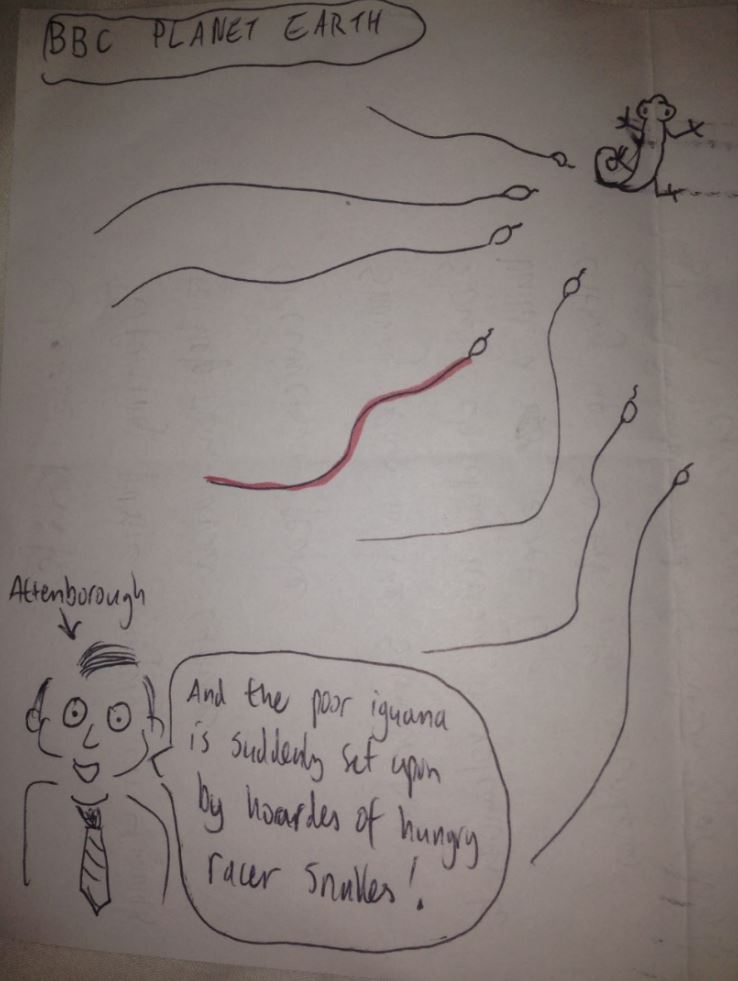 Day 15 brought a cabaret of questions. 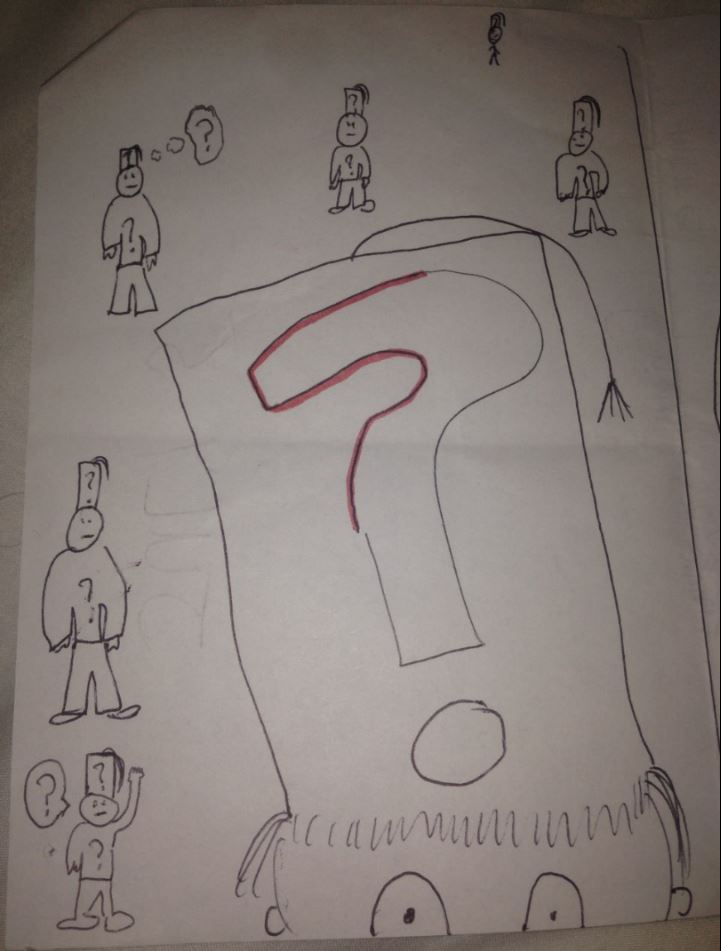 Things took a dark turn towards the end of the month. 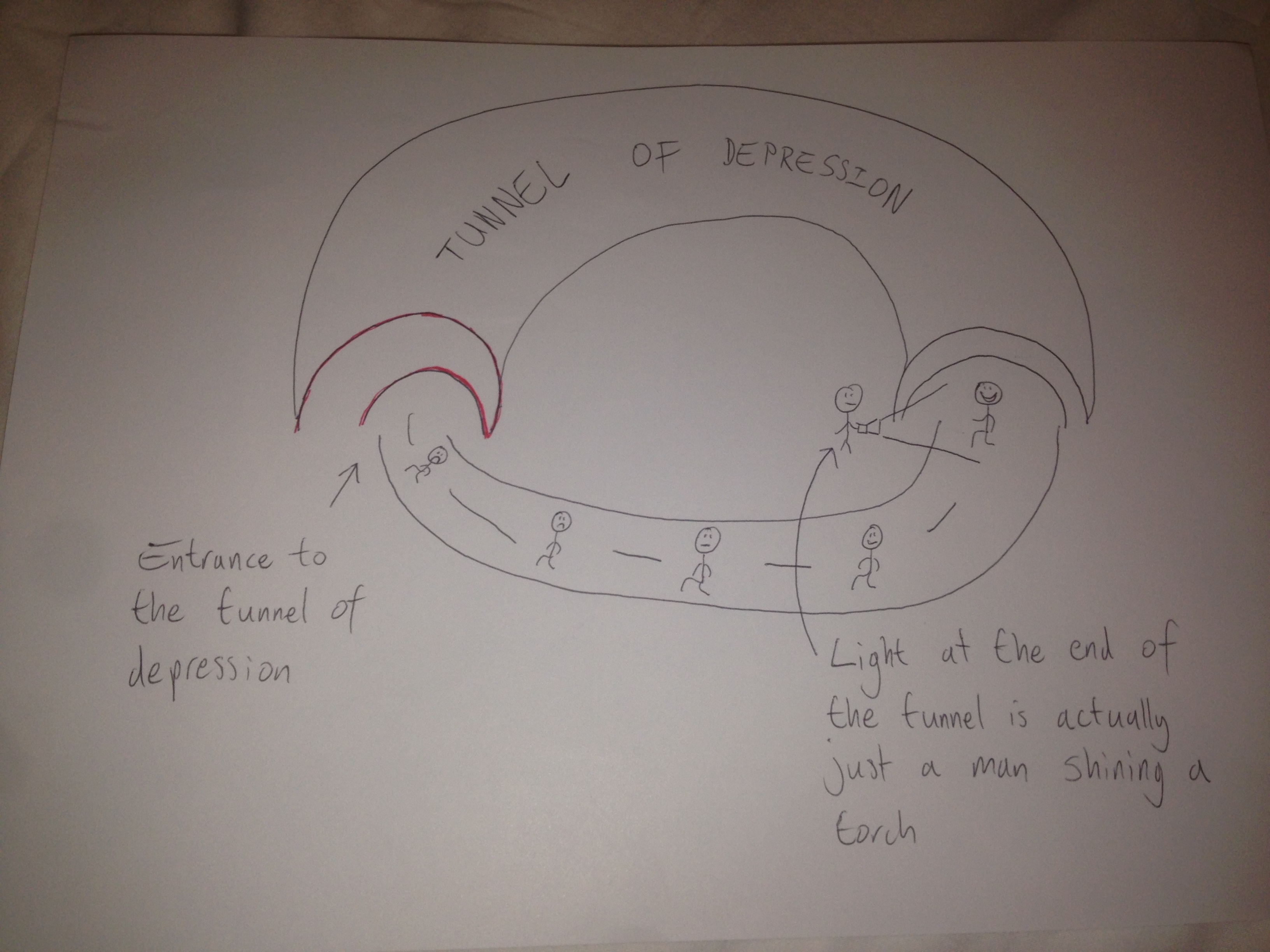 And by day 30 my pictures were worth a thousand words. 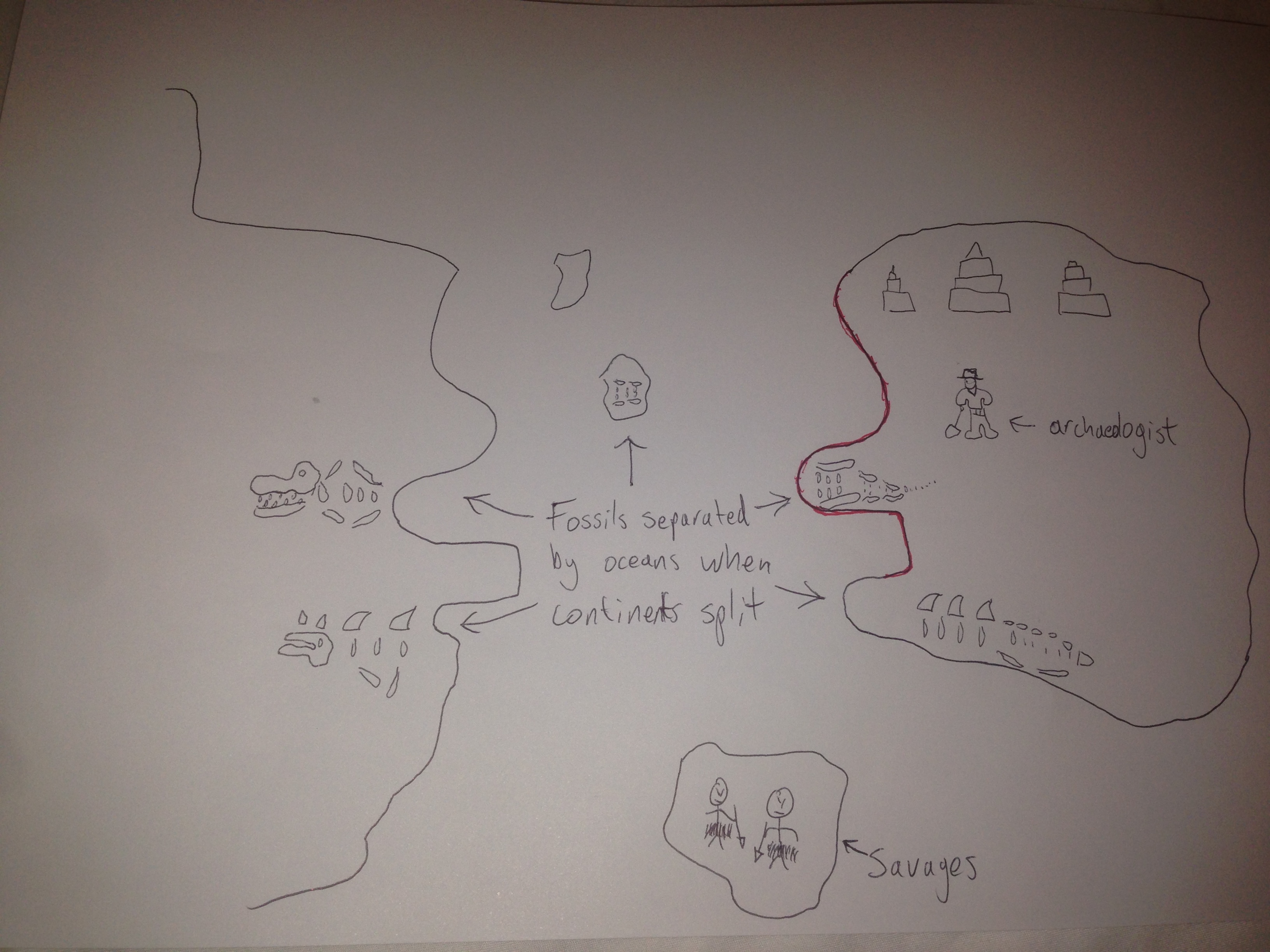 Psychologist James Fadiman is currently in the process of collecting mood and creativity data from hundreds of microdosers around the world. Speaking to IFLScience, he explained that “the most positive responders to microdosing are those with treatment-resistant depression.”

To measure the effects of microdosing on my mood, I used two standard validated psychological tests – Beck’s Depression Inventory (BDI) and the Profile of Mood States (POMS). The day before my first microdose, I recorded my baseline levels and scored 5 out of 63 on the BDI. Given that any score below 10 is considered healthy, I didn’t have much room for improvement, and while I can’t say I noticed myself feeling happier as the experiment went on, I was surprised to find that my score dropped to 1 for the entire final week of my microdosing month.

The POMS gives an overall score for mood disturbance, ranging from -32 to 200, as well as a breakdown of certain mood aspects like anger, confusion, fatigue, and vigor. At baseline, my total mood disturbance was a chirpy -5, but by the end of the month, I had become one serene bean, scoring a near perfect -28.

According to my tests, this major increase in chill was largely driven by a surge in vigor, which rose from 20 out of a possible 32 at baseline to 30 at the end of the month. 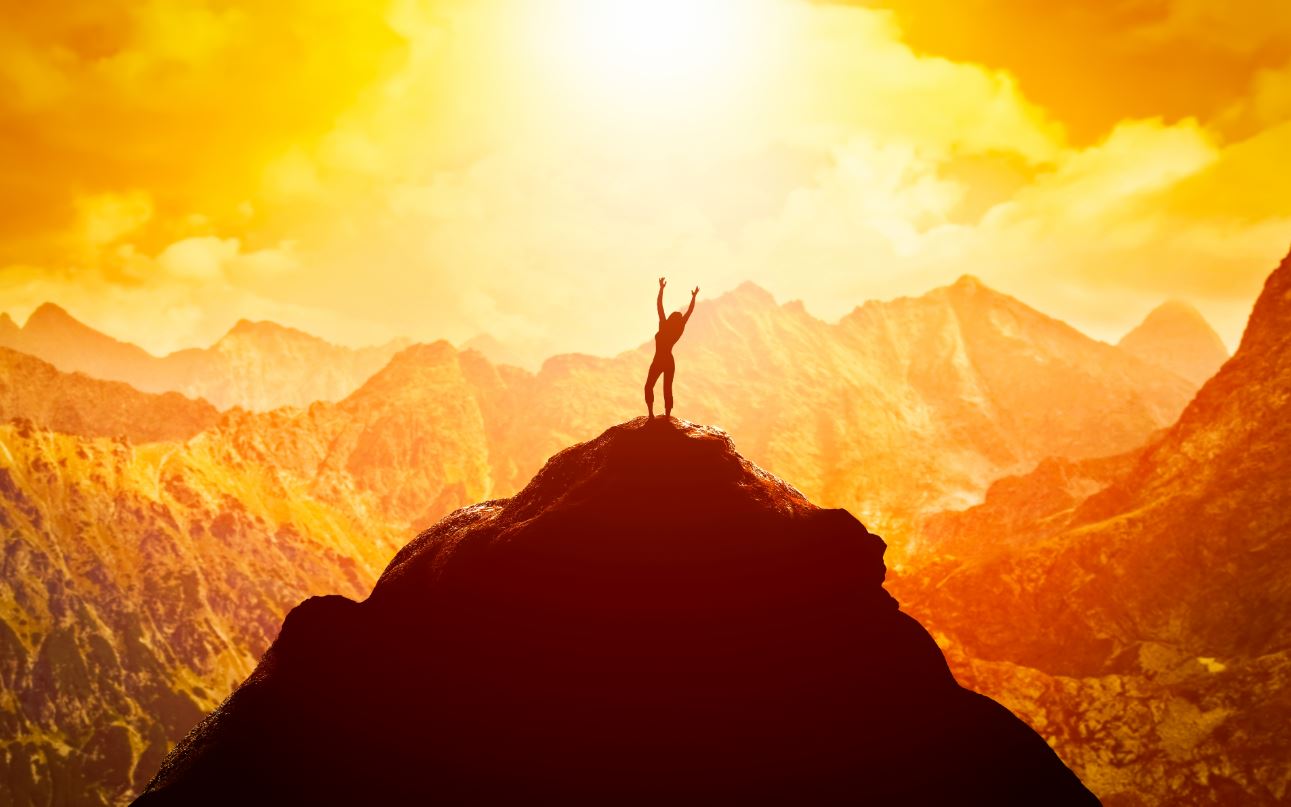 I didn't notice any changes in my disposition, but my mood scores suggested I was irritatingly happy. Created by Bedneyimages - Freepik.com

So Did It Work?

Although my mood and creativity scores both improved considerably over the course of the month, I can’t say I felt anything happening. According to Fadiman, though, that’s kind of the point of microdosing. “With people who microdose over a period of time we get no classic psychedelic effects, but see changes that are more gradual and seem to last,” he says.

It’s also worth pointing out that my results prove nothing, and that this guerrilla experiment is riddled with limitations that render it pretty useless when considered in isolation. Yet Fadiman insists that he has received huge numbers of reports similar to mine, and suggests that although “conventional science says that anecdotes don’t count, when you have several hundred of them maybe they do.”

Ultimately, it's hard to say how much of an effect microdosing had on me, but the results of my tests certainly seem to corroborate the underlying hypothesis: my scores got higher, even if I didn't.