The human brain is often conceptualized as a supercomputer of cosmic complexity, and like all main frames, it can be hacked into and hijacked for a range of different purposes. Getting high is the most popular of these, as evidenced by the ever-increasing rates of global drug use. Fortunately, no one has to hide anything up their bottom for you to join in the fun, as there are a number of much geekier ways to enter an altered state of consciousness without the use of drugs.

The experience known as "reality" is actually just a trick that our brains play on us, by carefully filtering the sensory information that the world presents to us in order to generate a workable perspective on things. The parameters of our consciousness can therefore be modified by destabilizing these finely tuned filters, and one way to do this is by altering their electrical signals, or brainwaves.

Depending on what you want to feel, you’ll need to choose carefully from the menu of different brainwaves and their associated effects. Theta waves, for example, have a frequency of 4 to 8 Hz and are linked to intuition, but can also lead to excessive daydreaming when they are too high in amplitude.

Heather Hargraves studies the therapeutic applications of altered states of consciousness at the University of Western Ontario, and told IFLScience that, when going into trance, “shamans enter into theta states, which is dreamy, intuitive, open but focused in an internal way.” Because of this, it was previously thought that theta waves were the key to psychedelic experiences, yet this all changed when scientists began performing electroencephalography (EEG) studies on people under the influence of hallucinogenic drugs. 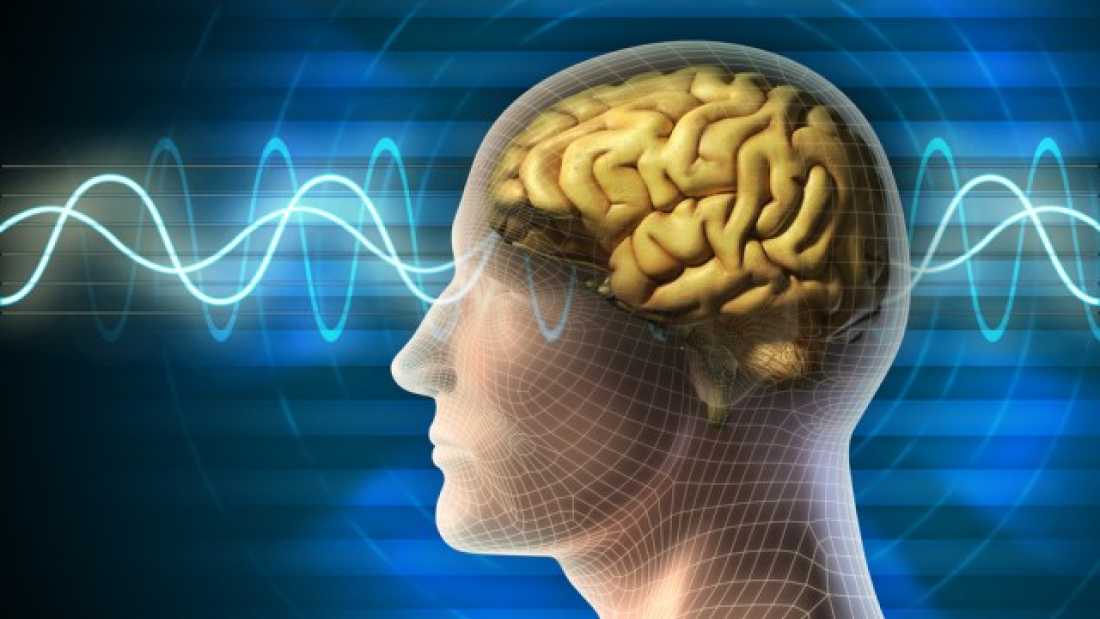 The results of these studies revealed what Hargraves calls a “broadband squish”, whereby all brainwaves in the range of 0 to 20 Hz are “shut down” in certain regions of the brain, before “rebounding”. This effect was particularly noticeable in a brain network called the default mode network, which regulates consciousness and is largely responsible for maintaining a sense of self.

Of course, anyone who attempts to achieve this using drugs becomes a brainwave bandit in the eyes of the law, but Hargraves is helping to develop a legal biohack to bring about the same effect.

Describing the technique as “like meditation with a mirror”, Hargraves says neurofeedback enables people to learn to control their own brainwaves. As a therapist, she uses it to help trauma patients regulate their alpha and beta waves, which tend to cause anxiety and depression when they are overactive.

Participants wear an EEG cap that measures their brainwaves while they focus on a fractal animation on a screen. As with meditation, they are instructed to empty their minds and shut off their brainwaves in the 1-20 Hz range. Unlike meditation, however, they are given feedback on how well they are doing, making it easier to achieve their goal: When their brainwaves are decreasing, the animation remains visible, but as soon as their thoughts become active again, a white fog clouds up the screen.

According to Hargraves, neurofeedback participants often benefit from an "afterglow" effect similar to that seen in users of psychedelic drugs, whereby brainwaves become better regulated for a period of time after they come back online, leading to better emotional regulation. As a result, patients tend to report increased creativity, more positive mood, and enhanced sensitivity to color and music in the days after their neurofeedback sessions.

Heather Hargraves explains how neurofeedback can be used to produce altered states of consciousness.

For those without access to fancy gadgets, there are some more rudimentary methods of altering the mind. In the 1970s, when many psychedelic drugs had recently been made illegal, a Czech psychiatrist called Stanislav Grof began searching for a way to legally induce altered states of consciousness in his patients. The technique he developed, called holotropic breathwork, involves a combination of accelerated breathing, body work, and listening to music, and has remained a key element of Grof’s psychotherapy protocol for the past four decades.

The technique is thought to increase carbon dioxide levels in the blood, thus making it more alkaline and leading to vasoconstriction. This alters the blood flow to the prefrontal cortex, which is the part of the brain that processes subjective conscious experience, thereby creating an effect similar to that of taking a psychedelic drug.

In a recent study of 11,000 patients who underwent holotropic breathwork treatment, 82 percent said the technique produced a “transpersonal” experience, characterised by a loss of sense of self and feelings of universal oneness. And while some might associate this kind of talk with drug-using using hippies, it's worth noting that many forms of psychotherapy aim at cultivating these same insights in order to improve mental health.

Carl Smith, director of the Learning Technology Research Centre (LTRC) at Ravensbourne in London, told IFLScience that “we’re using technology to create a whole new range of altered states of consciousness.” Many of these new innovations are aimed towards what he calls “context engineering”, whereby it isn’t so much the content of our sensory universe as the way it is presented that coaxes the brain into changing its take on reality.

Virtual reality headsets, for example, drastically alter our field of perception because they offer a 180-degree scope of vision, and therefore activate our peripheral vision. This marks a major departure from the current norm of staring at a phone, tablet, or laptop screen, which severely restricts our visual girth.

Studies have shown that focusing on peripheral vision causes alterations in alpha brainwaves, which have a frequency of 8 to 12 Hz and regulate our ability to feel calm and relaxed. At the same time, it activates the parasympathetic nervous system, which enables the body to rest and recover by slowing heart rate and calming the mind.

Smith says that performing peripheral vision exercises helps to place the mind into a more relaxed state and reduce anxiety. “As a result, a lot of athletes do this before a race,” he explains.

So for example, if the left ear listens to a 420 Hz sound and the right ear listens to 430 Hz, the brain will internally generate a note of 10 Hz. By focusing on this binaural sound, it is possible to synchronize one’s brainwaves with this frequency – a phenomenon known as the frequency-follow response – and enter an altered state of consciousness.

Delta waves, for instance, have frequencies of 0.5 to 4 Hz and help to regulate sleep. Smith says that “when people want to go into a dream state they can do a 15-minute delta entrainment so their brain actually goes into the delta state, a sleep state, even though they’re not sleeping – and that’s just through listening to binaural sounds.” By the same logic, listening to binaural beats that produce a theta frequency in the brain could help to induce the intuitive, "shamanic" state mentioned by Hargraves.

Viewed through the prism of context engineering, it becomes apparent that the nature of consciousness is not fixed in the first place, but is entirely dependent on the way we habitually use our eyes, ears and other senses to receive external information and interpret the nature of reality. After all, it is the mind that creates experience, and once you know how to push its buttons the contours of consciousness become magnificently malleable. 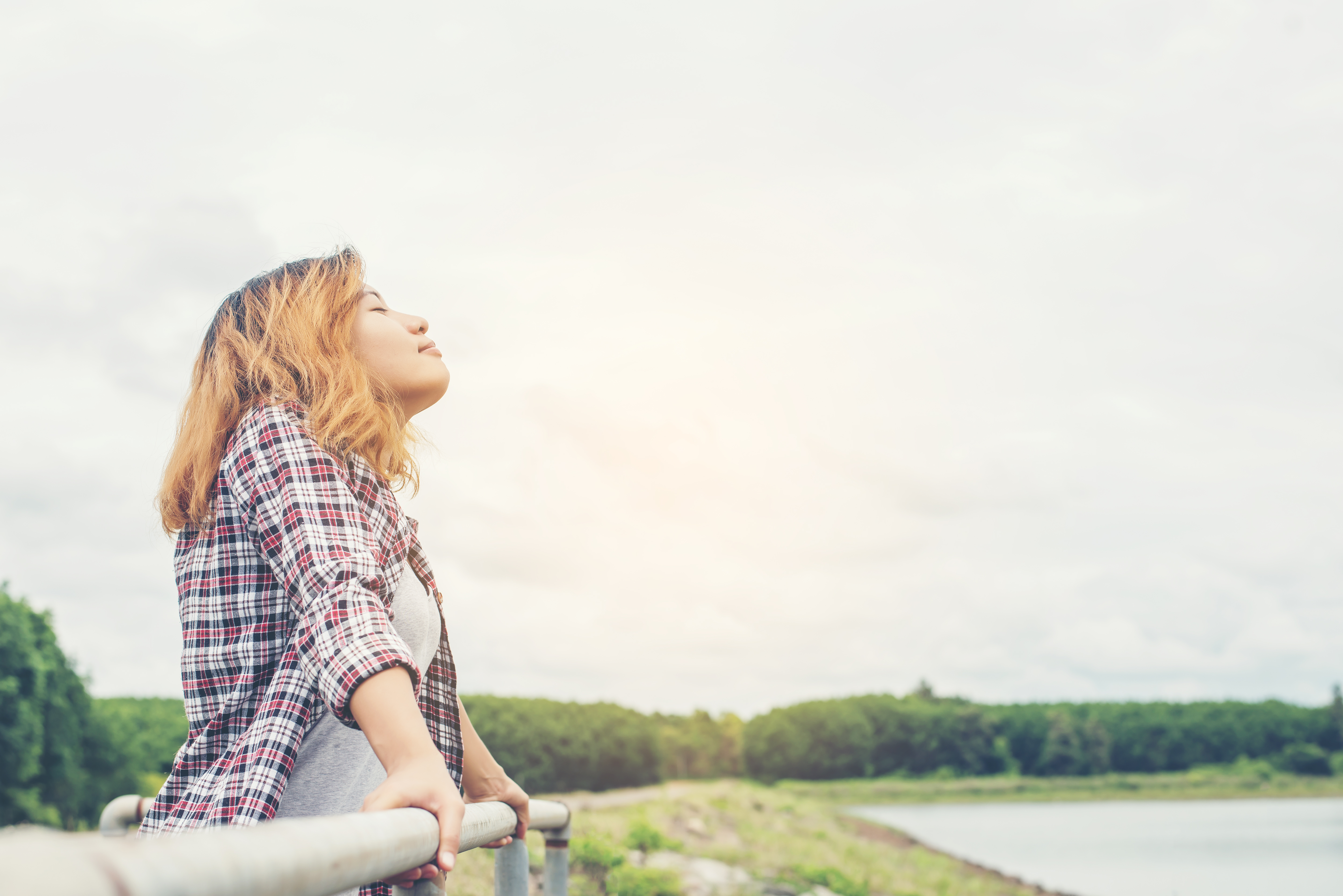 Sometimes, all you need is the air that you breath. Created by Jcomp - Freepik.com