Sometimes a little can go a long way, and while taking tiny amounts of psychedelic drugs like LSD and magic mushrooms may not produce the earth-shattering mystical experiences that larger doses can inspire, new research is revealing how microdosing could help to combat a number of hard-to-treat conditions, ranging from severe depression to period pains.

Microdosing involves taking “sub-perceptual” quantities of psychedelic substances and was originally championed by Albert Hofmann – the creator of LSD – who claimed that ingesting tiny amounts of his “problem child” alleviated his depression and enhanced his creativity, without sending him on a full-blown cosmic trip.

When the first wave of psychedelic research later swelled to its peak in the 1960s, psychologist Jim Fadiman was among those studying the effects of LSD on mental health and wellbeing. Yet the wave came crashing onto the rocks when the US government outlawed LSD, research on microdosing has remained in suspended animation ever since. 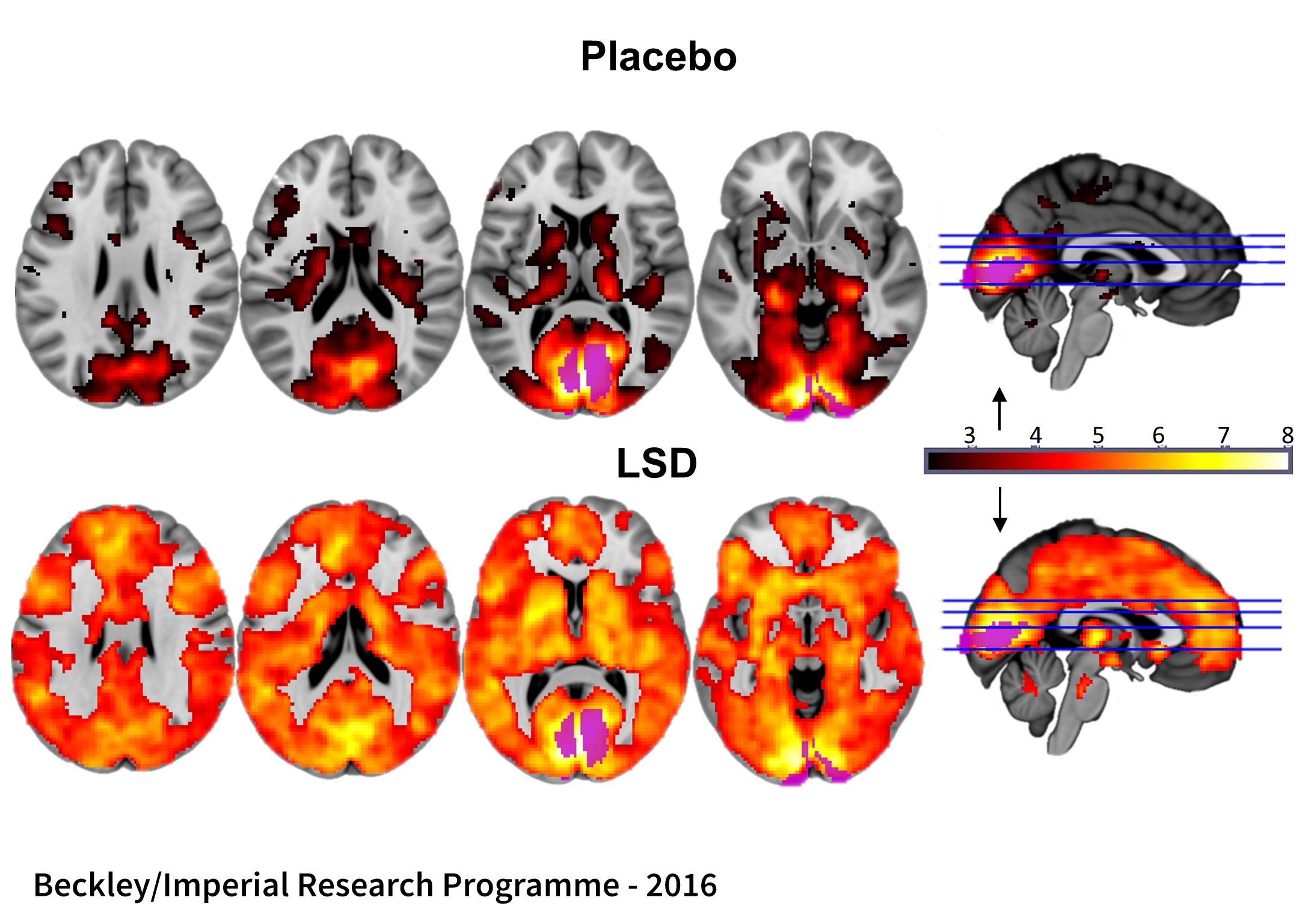 However, as the disastrous “War on Drugs” has taught us, banning a substance doesn’t stop people from using it, and microdosing has recently become a major fad in Silicon Valley, where technology whizzes and high-flying executives have been using it to increase their productivity. And with psychedelics banished from the laboratories yet widespread throughout society, Fadiman has now harnessed the power of citizen science to conduct the first scientific report on microdosing in half a century.

Hundreds of people around the world have been following his microdosing protocol, which involves taking a minuscule dose of a psychedelic every few days, and filling in a scientifically-validated daily checklist designed to measure changes in mood and symptomology. This has allowed the research team to observe the impact of microdosing on a wide range of different conditions.

“We’ve been looking at half a dozen syndromes, and we’re hoping to find out who shouldn’t be microdosing as well as who should,” Fadiman told IFLScience. “For example, we’re finding some groups do not do well, predominantly people whose major symptom is anxiety.”

When it comes to depression, however, the results have been extremely positive. “What people report is that sometimes from the first or second cycle, a lot of their depression lifts; they’re more functional, they take care of themselves better, and it’s quite remarkable.” This is all the more impressive when one considers that most of these participants had failed to respond to other treatments for depression.

How does microdosing work?

Rather than trying to blast open the doors of perception or decimate the ego, microdosing takes a subtle path towards psychological healing. “What we do not have with microdosing is any conventional psychedelic effects. No visuals, no transcendence, no demons or angels,” says Fadiman. “Instead we get a gentle stimulant and the feeling of mental clarity, so people’s moods improve and they function more effectively.”

However, because of the taboo that still surrounds psychedelics, obtaining funding and approval for in-depth neuroscientific studies remains a major challenge, and “no one has done any research at all on microdosing with brain science.” Fortunately, organizations like the Beckley Foundation have re-ignited psychedelic research in recent years, conducting several ground-breaking studies using larger doses of these drugs – some of which provide tantalizing clues as to the neurobiological mechanisms behind microdosing’s therapeutic effects.

Amanda Feilding, the founder and director of the Beckley Foundation based in Oxford, UK, made a promise to Albert Hofmann before he died that she would re-ignite scientific research into LSD. Speaking to IFLScience, she revealed how the benefits of microdosing may be at least partially explained by two recent brain-imaging studies conducted by the Beckley/Imperial Research Programme, which provided the world with its first glimpses of the human brain on both LSD and psilocybin – the active ingredient in magic mushrooms.

“Our research shows how taking a psychedelic reduces the blood supply to a high-level center called the default mode network (DMN), which is a collection of hub centers that manipulate the lower centers and control what enters consciousness and what doesn’t – very much like the conductor in an orchestra.”

By reducing the command of the DMN, psychedelics allow other areas of the brain to communicate more with one another. “So there’s a kind of anarchy, a more chaotic state, in which new ideas, associations, and observations can come up.” Not only does this increase creativity, it also allows users to break free from rigid modes of thought and cognition, such as those that underlie depression. 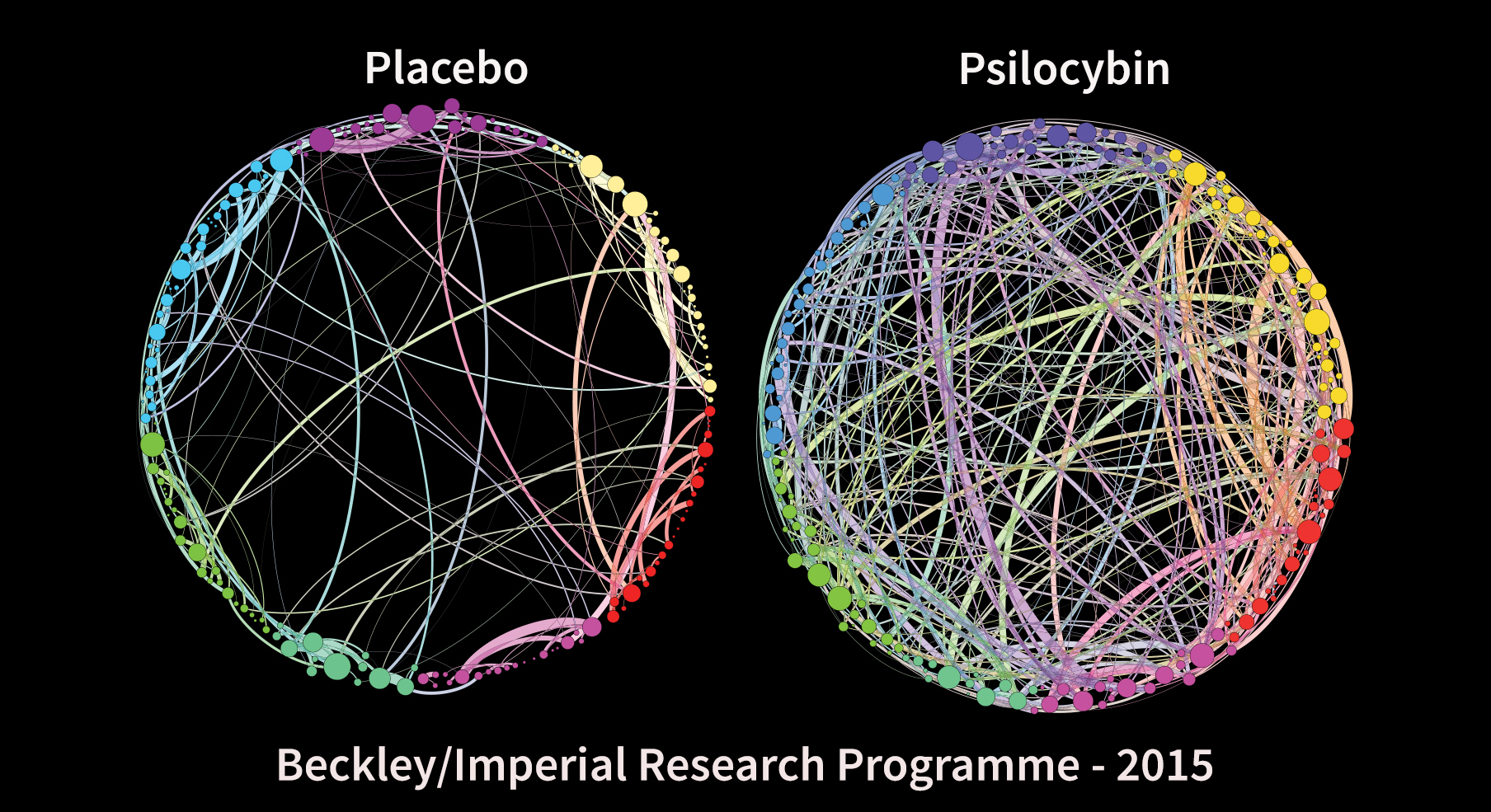 How could microdosing be used?

Another recent Beckley/Imperial study found that a regular-sized dose of psilocybin can help to alleviate treatment-resistant depression. Yet Feilding says that if this is ever to become an accepted treatment, it will be necessary to provide follow-up care when patients feel their symptoms returning, which is where microdosing could come in.

“I think we could probably do a treatment of psilocybin-assisted or LSD-assisted psychotherapy on quite a low dose, and then one may be able to give people microdosing to maintain their situation when they felt it essential.” The main advantage of this is that, while the initial treatment would involve a full psychedelic trip, boosting with microdoses would incur minimal effects on cognition. “If one could just vitalize and enhance cognition, but not so that you have trouble concentrating, then it could be a win-win situation,” says Feilding.

While much more research is needed before we can say for sure how microdosing works or what its applications may be, Feilding sees its potential as a treatment for age-related cognitive decline. “I think what it does is slightly stimulate cerebral circulation, so it’s a bit more active. That could be frightfully valuable in treating problems of aging, which are often related to deficiency in cerebral circulation,” she says.

“If you can boost cerebral circulation to a level more akin to a childhood level, possibly it could be a preventative measure for some of the declines of old age, like dementia and Alzheimer’s. Of course, it’s too early to say that, but that’s a line of research I’d really like to do.”

While conducting neurobiological research into the effects of microdosing will undoubtedly provide numerous answers, it is through the citizen science conducted by Fadiman that we are able to identify some of the key questions. For instance, much to his surprise, he began to receive reports of microdosing helping to alleviate pre-menstrual syndrome, both physical and emotional.

“One subject wrote that during the month that she was microdosing she had a normal period for the first time in her life, and now we have a number of other reports that are similar,” says Fadiman. "None of us ever remotely considered that there was any connection between psychedelics and menstrual periods.”

These findings, which will be presented at the upcoming Psychedelic Science 2017 conference in Oakland, are beginning to reveal what microdosing can do. Now it’s up to the rest of the scientific community to find out how it does it. 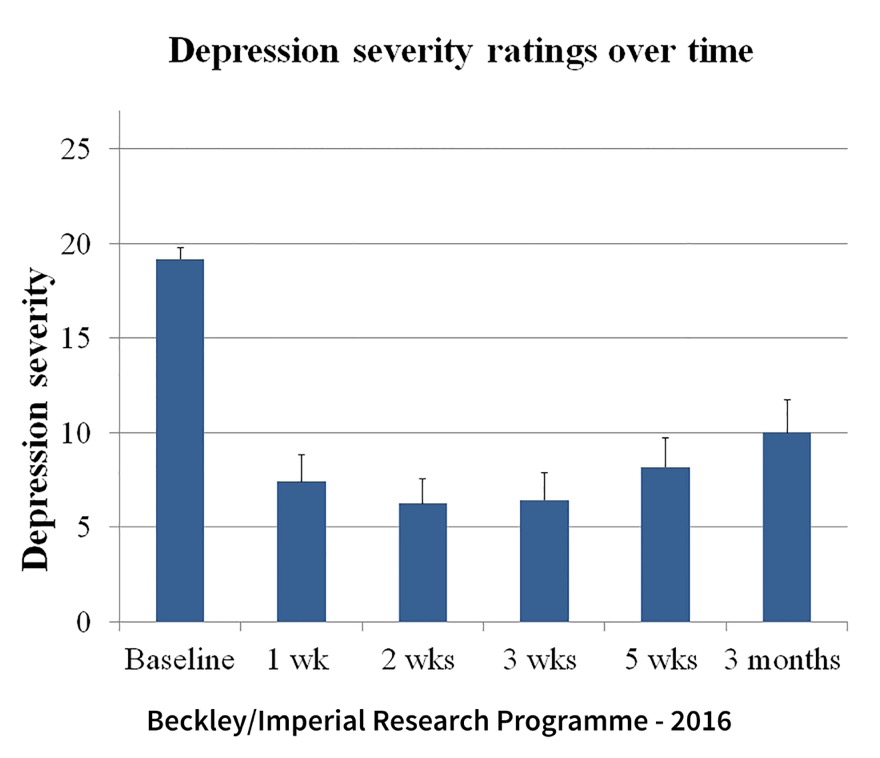 Psilocybin has been found to reduce symptoms in patients suffering from depression, and it is hoped that microdosing could one day be used to supplement and sustain these improvements. Beckley/Imperial Research Programme