Google searches are a great insight into some of the most absurd and curious corners of the 21st-century human mind, as you can see from Digitaloft's top 20 most bizarre Google queries below. Since most of them are science-based, we thought we’d take a stab at helping out some of these inquisitive keyboard pushers. Although a few, such as number 20 (”Why does my boss hate me?”), are probably best left for you to figure out. We've also excluded some of the non-science ones.

What happens if you drink blood? (880 monthly searches)

Can I marry my cousin? (880 monthly searches)

Why does my boss hate me? (170 monthly searches)

So, first off, "Am I pregnant?" Unfortunately, we are not too sure about that one. Go buy a pregnancy test or visit your doctor.

"Are aliens real?" We’ve been sending signals out to space for over 80 years and so far there has been no reply. But that doesn’t mean there is nothing out there. A recent study suggests there has been around 210 “intelligent communicating civilizations” throughout galactic history.

"Does farting burn calories?" Despite the Internet legend that farting burns 67 calories, there’s no real science behind this claim. You'd better stick to jogging instead.

"Why do men have nipples?" One of the universe’s great questions. It actually has to do with embryonic development. Until around the fourth week of human pregnancy, the genes found in the Y-chromosome do not “kick in,” so male and female embryos at this stage are essentially identical. As a fundamental characteristic of mammals, the primary formation of the nipples starts relatively early during development. While man-nipples might not give any of us an evolutionary advantage, they’ve never been “bred out” of males because they also don’t really cause any hassle either.

"Do penguins have knees?" While their waddle might not give the impression of a flexible leg, penguins do indeed have knees. As Marine Science Today reports, their legs have four bones: a short femur, a knee, a tibia, and a fibula. However, much of their leg is hidden by feathers, so their legs do appear pretty stubby. The waddle doesn’t mean they can’t bend their leg, it’s just because they’re more at home and energy efficient in the water.

"Do pigs sweat?" Despite the saying “I'm sweating like a pig,” pigs are pretty bad at sweating. But, nevertheless, they do have sweat glands – just not too many of them in comparison to humans. So to fully get the benefit of the endothermic reaction of water evaporation, you’re more likely to see them bathing in mud.

"Am I a psycho?" There is actually a simple test you can take if you’re curious. 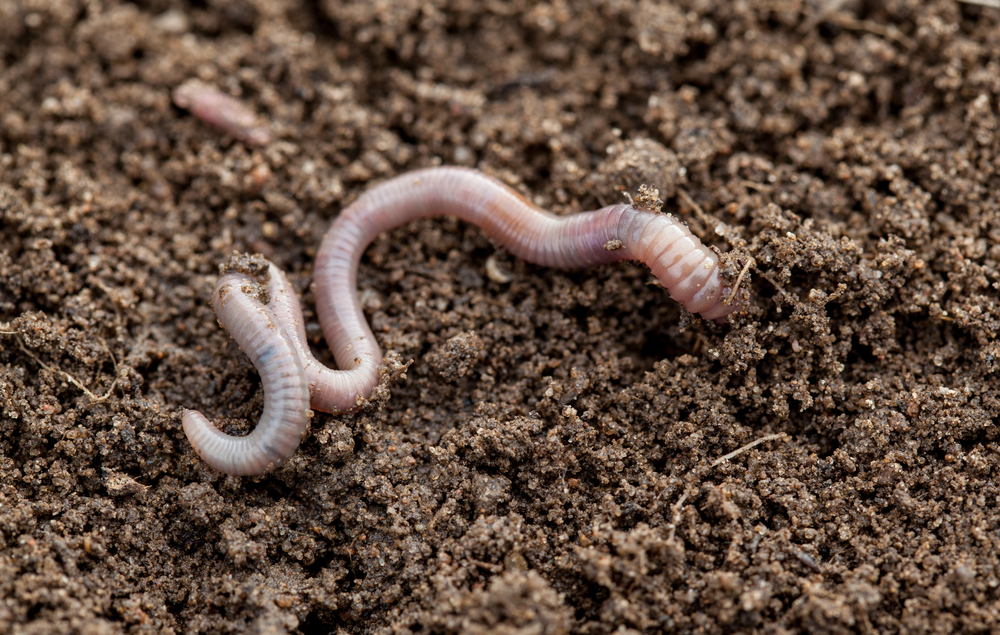 Beauty is in the "light cells of Hess" of the beholder. Image credit: Maryna Pleshkun/Shutterstock

"Do worms have eyes?" Although there are many species of worm, earthworms do not have eyes in the strictest sense of the word. They do, however, have a bundle of photoreceptors in the form of specialized nerve endings, called the "light cells of Hess," that are able to detect light.

"Can a man get pregnant?" It's certainly not impossible. There have been reports of both transgender men and true hermaphrodites becoming pregnant.

"When will you die?" Although Google knows most of your day-to-day life, even they can't predict the future just yet. However, the data crunchers over at Flowing Data have developed an interactive infographic that can give you an idea of when you might die using different statistics based on variables such as your race, age, and sex.

What happens if you drink blood? As Live Science report, a few tablespoons of blood won’t do you any harm if it is free from pathogens. However, if you drink too much, it can be toxic. Blood is extremely rich in iron and the human body can have difficulty excreting large amounts of it.