For hundreds – perhaps thousands – of years, Amazonian shamans have protected the health of their communities using a sacred hallucinogenic brew, said to be capable of healing all manner of physical and psychological ailments. Known as ayahuasca, this traditional medicine contains a potent psychoactive compound called DMT, which has been shown in several studies to ease symptoms of depression and other mental disorders. Though scientists are yet to uncover most of the secrets behind the healing power of this plant-based medicine, researchers from the Beckley/Sant Pau Research Programme – in collaboration with the Spanish Medical Research Council – have now revealed that certain compounds in ayahuasca can actually stimulate the birth of new neurons.

Given that many cognitive disorders such as Alzheimer’s disease are associated with neuron death in key regions of the brain, the team behind this stunning discovery believe that ayahuasca’s potential to bring about neurogenesis could one day lead to new treatments for many such ailments.

For instance, those who suffer from Alzheimer’s often experience a significant reduction in the volume of their hippocampus – a part of the brain that is responsible for learning and memory. However, a team of researchers led by Jordi Riba were able to successfully stimulate the development of hippocampal stem cells into both young and mature neurons by mixing them in a petri dish with two compounds found in ayahuasca: harmine and tetrahydroharmine.

Reacting to this groundbreaking discovery, Beckley Foundation founder and director Amanda Feilding told IFLScience that “we were pretty amazed at the results – the fact that we were able to generate new brain cells and then mature brain cells from harmine and tertrahydroharmine. They seem to be remarkably prolific.”

Though a full study outlining this research is yet to be published, the team have released a series of images that illustrate just how successful their experiments have been, as can be seen below. 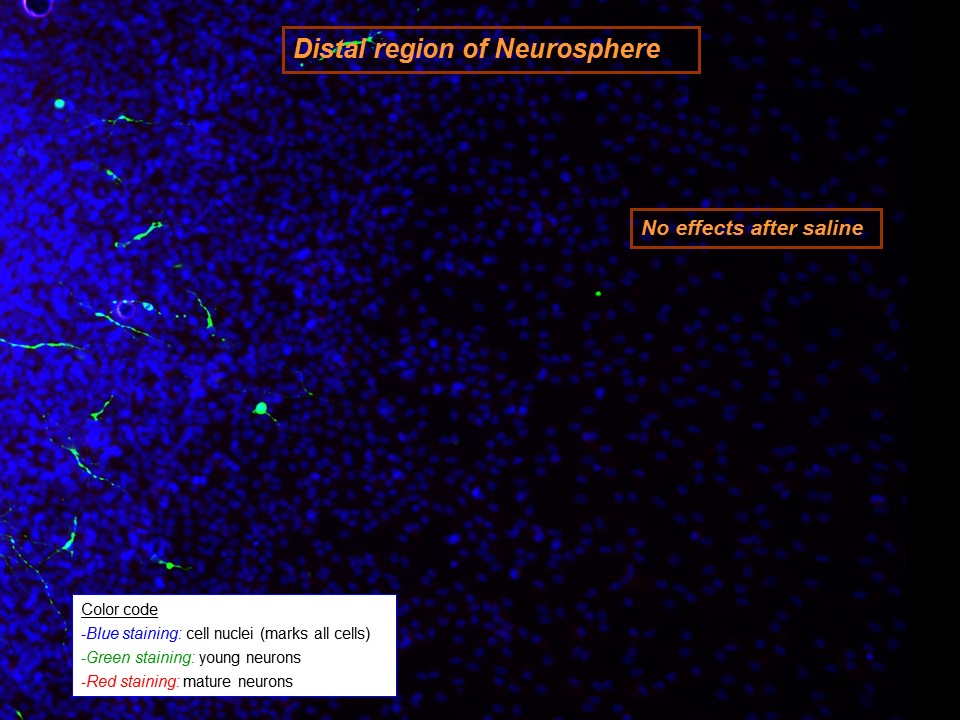 The first image shows the stem cells – stained blue – before the addition of either harmine or tetrahydroharmine. No neurons are present at this stage. Jordi Riba – Beckley/Sant Pau Research Programme

As exciting as this finding may be, however, Feilding insists that “it’s early days. We’ve only done it in a dish, we haven’t done it in vivo yet. But if it is as good as it looks, it could be an indication for a new treatment [for cognitive disorders] down the line.” 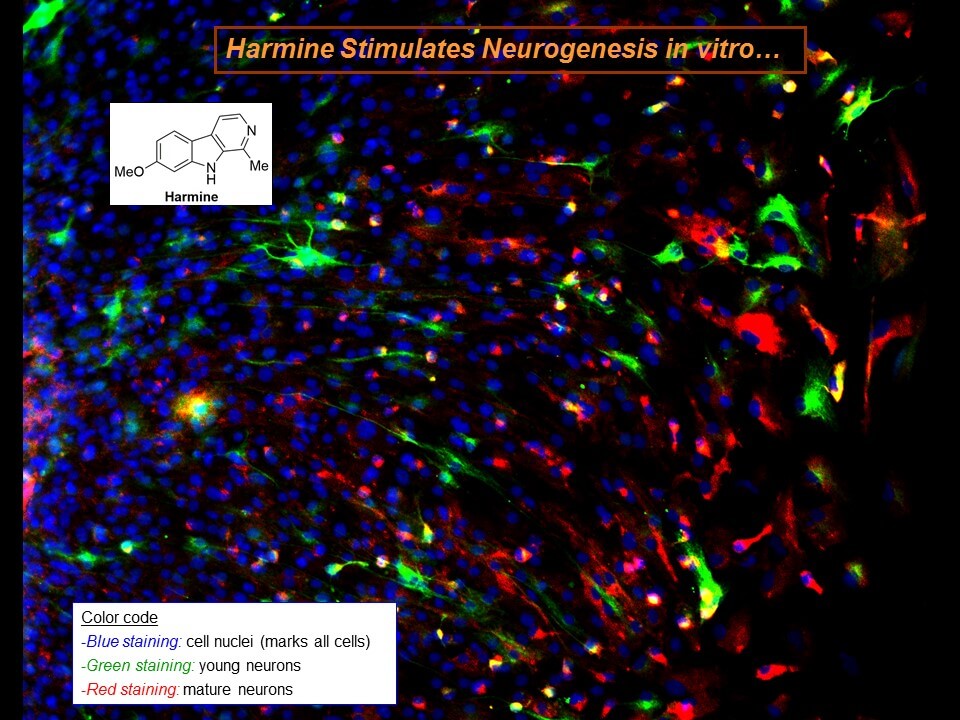 “The fact that [we’ve created] hippocampus cells could be good in the sense that one hopes that they’ll help with Alzheimer’s and possibly even strokes. It’s much too early days to say if it would, but it possibly could indicate that,” she continues.

Looking ahead, Feilding explains that “this is just phase one,” adding that the next step is to try and replicate these results using other components of ayahuasca, including DMT, before then carrying out in vivo experiments.

“I’m very much wanting to do it with LSD as well,” she says, “because I wouldn’t be at all surprised if we get the same results.” Like an ever-growing number of neuroscientists around the world, Feilding has a great deal of belief in the healing properties of acid, saying “I think LSD is particularly cognitive. It potentiates creativity – and after all, in a way our civilization’s survival depends on a propensity to be creative.”

As the body of scientific evidence regarding the drug’s cognitive benefits continues to expand, she tells us she hopes to launch a new study confirming her theory about LSD and creativity, by seeing if taking the substance can increase participants’ success when playing the famously cerebral game Go. 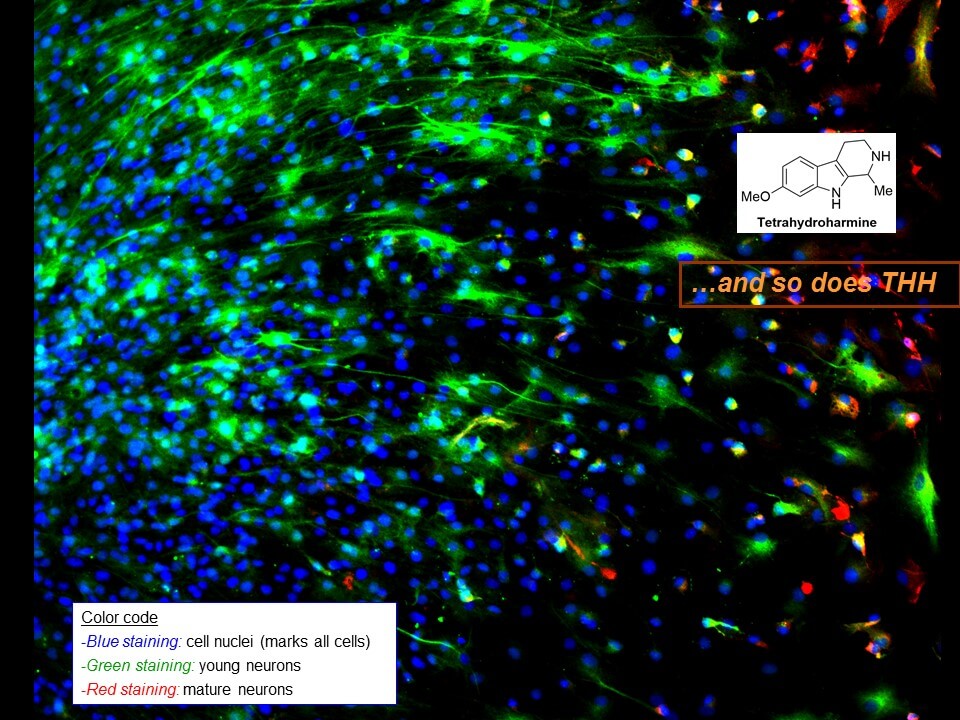 The third image shows the presence of both young and mature neurons after the addition of tetrahydroharmine to the hippocampal stem cells. Jordi Riba – Beckley/Sant Pau Research Programme