The world continues to be a nightmare. When we’re not all staring into an abyss of nationalism, corruption, climatic extremes, and science denial, we engage in our vices – from videos of cute kittens doing cute things to copious amounts of gin. Or, if you fancy, trippy optical or audio-visual illusions.

Once again, let’s give you something to distract yourself from the collapse of civilization. Spotted and posted on Reddit by user Abrikozenmosterd, you are presented with a series of circles, hidden behind what looks to be a psychedelic prison. All the dots are the same exact hue, but thanks to the riot of horizontal color before you, they all look idiosyncratic in their paint jobs.

Short of using a very basic, popular computer program to confirm that they are all indeed the same color, you can try to zoom in on the image, wherein their homogeneity becomes far clearer. Most commenters beneath the image seem to quite enjoy the illusion – although not overenthusiastically – but some seem a little more confused.

“For me it’s more of a deep red,” one Redditor mused. “Stop looking at the Sun,” replied another. 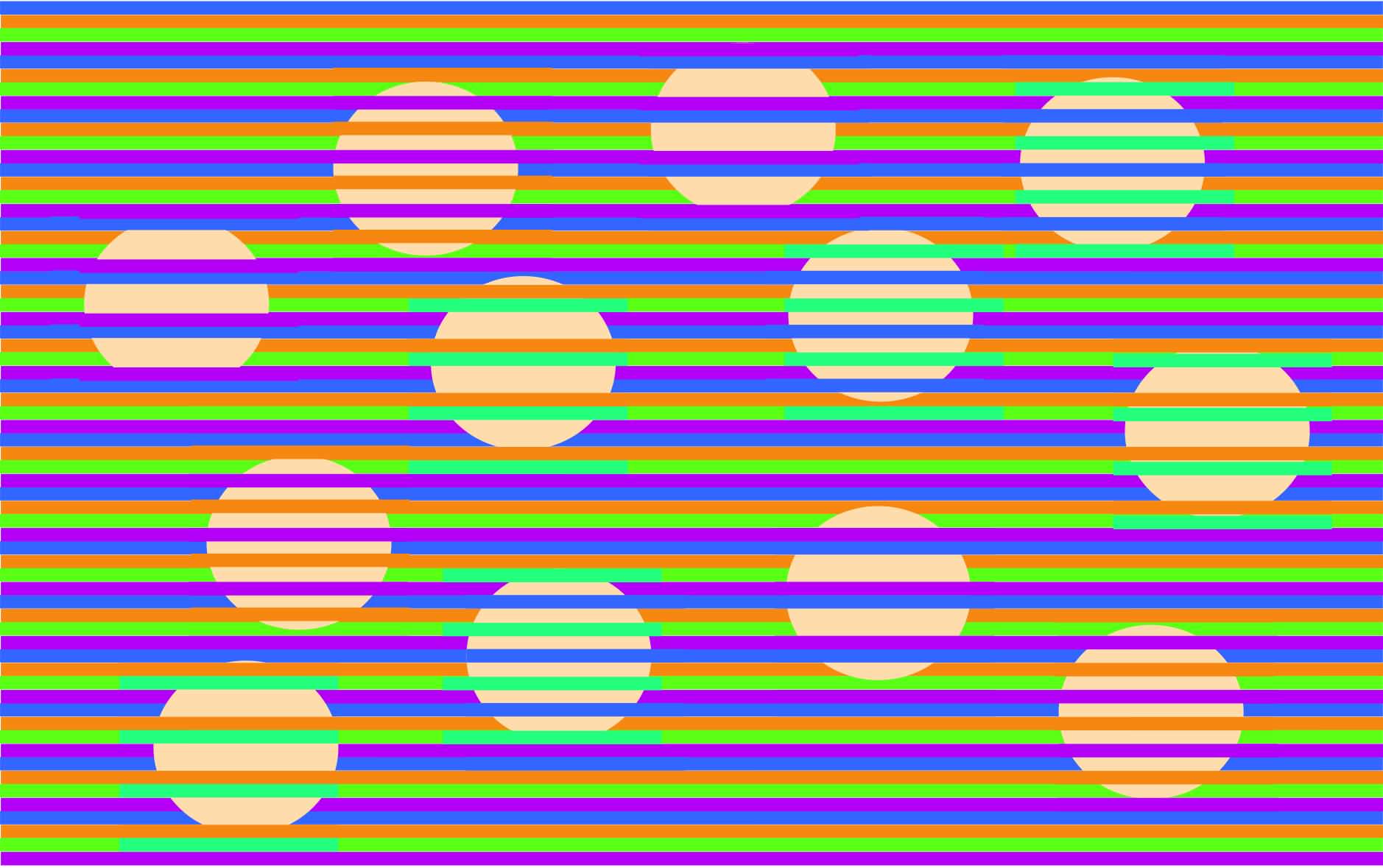 Anyway: the title of this post refers to the image as a “new Munker illusion.” Now, Munker illusions occur when you have horizontal stripes of varying colors that make other segments of the image appear to be different colors from their actual hues. It’s a variant of White’s illusion, where black and white horizontal bars are used to make interspersed and identically shaded gray stripes look like they are not of the same color or opacity.

This post by io9 sums these illusions up best: they work, even when you are fully aware of the trick at hand. Your brain can’t seem to circumvent it, which is probably more frustrating than anything else. If you want to feel more in control of the visual centers of your brain, click here, where you can use a slide rule to change the horizontal line’s positioning on another Munker illusion to see the effect in real time.

If you happen to speak German, then you’re in luck: Hans Munker, the eponymous first explainer of said illusion, wrote a treatise on it back at the University of Munich in 1970, which you can read here. As it so happens, despite the ubiquity of this bit of optical trickery, scientists aren’t entirely sure why it happens, with papers today on this (and White’s illusion) still being published.