It was always believed that this tiny Egyptian artifact (shown above) contained the mummified remains of a bird. However, after using CT scans to peer inside the 2,300-year-old mummy, Maidstone Museum in the UK discovered it contained a much darker secret. The scans suggested that the miniature mummy actually contained the remains of a human baby thought to have been miscarried at around 20 weeks.

The artifact was previously labeled as “a mummified hawk with linen and cartonnage, Ptolemaic period (323 BCE – 30 BCE).” Whilst having a full mummy scanned at the Kent Institute of Medicine and Surgery (KIMS), the museum had the opportunity to scan some of the other items in their Ancient Civilizations gallery, including the "hawk". After this surprising discovery, the curators now believe it could in fact be one of the youngest human mummies ever discovered.

“Thanks to the CT scanning from KIMS Hospital, we are able to learn much more about the collections in a non-invasive way, without damaging the integrity or condition of the artifacts,” Samantha Harris, Collections Manager at Maidstone Museum, said in a statement. “For example, without access to the technology, identifying and learning about the baby mummy would’ve been impossible without causing irreversible damage from unwrapping.” 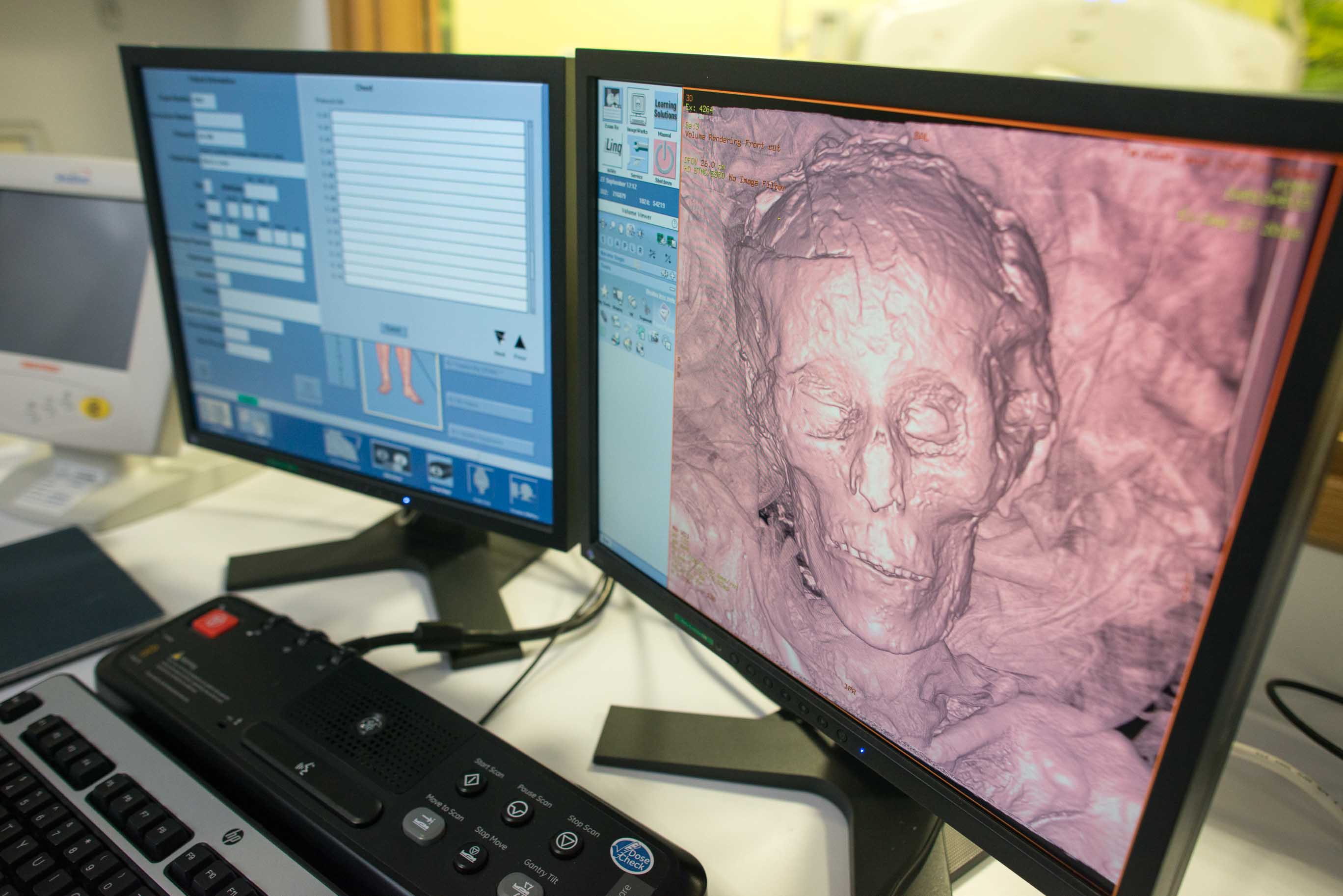 The face of Ta-Kush who died some 2,700 years ago. Paul Dixon/Maidstone Museum

The mummy originally being scanned was the remains of Ta-Kush, an equally misunderstood albeit larger mummy. The so-called "Daughter of the Door Keeper Osiris" was always thought to be a 14-year-old girl who died 2,700 years ago, however the new scans seem to tell a different story.

“The initial results of Ta-Kush’s scan were remarkable. Not only did we find evidence of fully erupted wisdom teeth to help us identify that her age was probably much higher than was first thought, but also that there was evidence of a wedge fracture in one of her vertebrae – a symptom of patients suffering a downward impact such as a fall,” Harris continued.

Over the coming months, the researchers hope to create a complete digital reconstruction of her face. You can check out a video of Ta-Kush’s scan below.