In a rather wonderful tale of not giving up on your dreams, two amateur metal detectorists struck gold – literally – in a rural field in Staffordshire, stumbling across a hoard of gold jewelry that could well be the oldest ever found in the UK.

The “Leekfrith Iron Age Torcs”, as the find is being referred to, comprises of three highly decorative gold neck torcs and a bracelet, which possibly came from the continent, either Germany or France.

“This unique find is of international importance," said Dr Julia Farley, curator of British & European Iron Age Collections for the British Museum, in a statement. "It dates to around 400-250 BC, and is probably the earliest Iron Age gold work ever discovered in Britain.

“The torcs were probably worn by wealthy and powerful women, perhaps people from the continent who had married into the local community. Piecing together how these objects came to be carefully buried in a Staffordshire field will give us an invaluable insight into life in Iron Age Britain.” 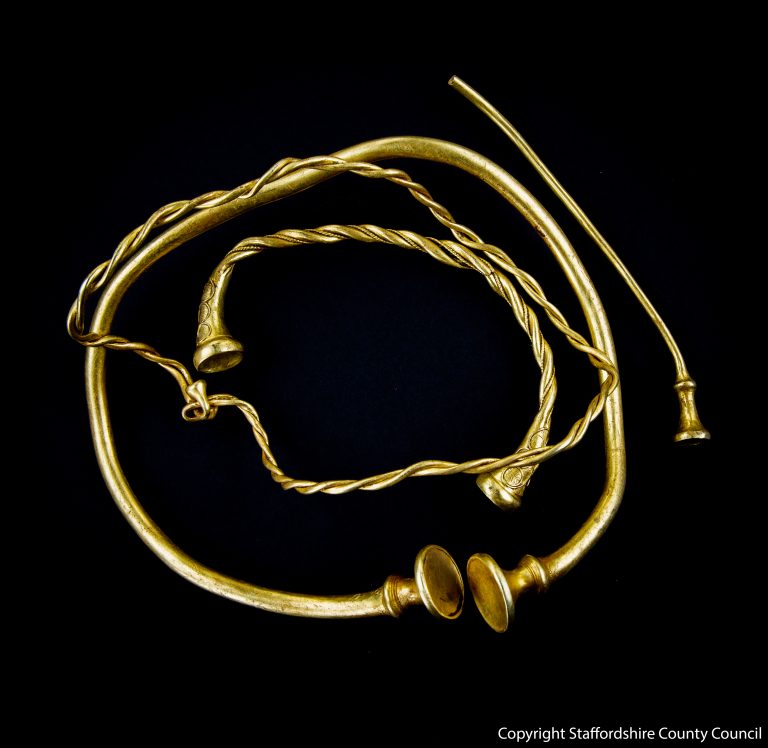 The treasure was found by two local men, Mark Hambleton and Joe Kania, just before Christmas. Having previously scanned the field two decades earlier and finding nothing, they gave up and turned to fishing for the next 20 years. They were encouraged to get back into the hunt by Mr Hambleton’s father, who sadly passed away not long after their find, though he did live to see his son’s discovery.

“I used to go metal detecting with my dad when I was young and he said to me 'why are you bothering fishing? You should be back in those fields,'” Mr Hambleton told the Daily Mail. “I am so glad we took his advice and pleased of course that he got the chance to see these amazing pieces and prove he was right all along.” 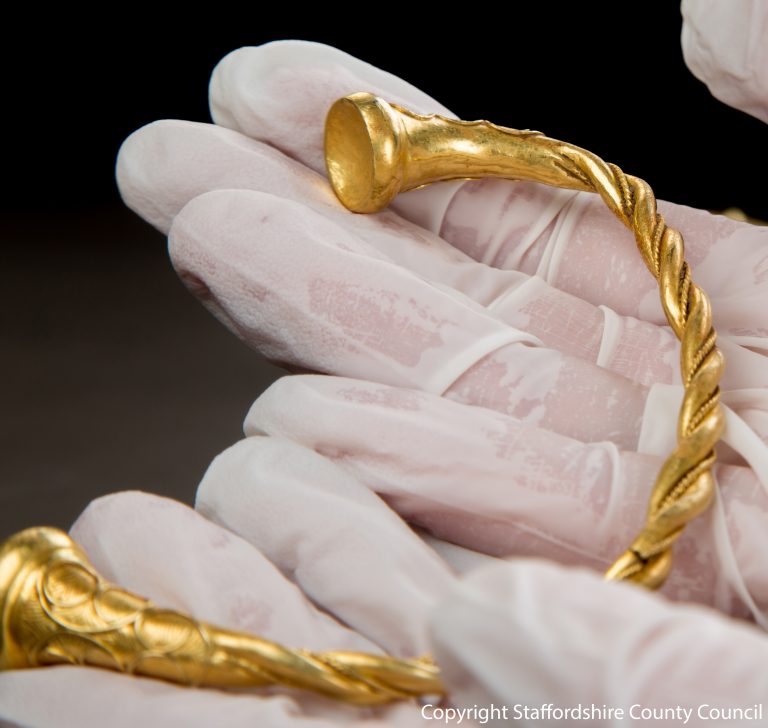 Hambleton and Kania found the jewelry scattered about a meter (3.3 feet) apart, and just below the surface of the soil on farmland about 80 kilometers (50 miles) from the famous Anglo-Saxon “Staffordshire hoard” found in 2009, which included nearly 4,000 items of precious metal valued at around £3.2 million ($3.9 million).

They were about to give up for the day when Kania called out to Hambleton that he thought he’d found something. “We have found the odd Victorian coin but mostly it has just been junk,” Kania told the Guardian, “so I couldn’t believe it when I picked out this mud-covered item and, on cleaning it off, I thought this might actually be gold.”

The haul has officially been declared as “treasure” and so under The Treasure Act is now the property of the Crown, with any proceeds to be split between the friends and the landowner of the fateful field.