The remains of one of the ill-fated passengers aboard an ancient Greek ship that sunk in the Aegean Sea more than 2,000 years ago has been discovered among the wreckage. The skeleton is the first to have been found on an ancient shipwreck since the development of DNA analysis techniques, and could therefore provide scientists with a golden opportunity to learn about the identity, ethnicity, and origin of one of the victims of the legendary Antikythera wreck.

First discovered by sponge divers off the coast of the Greek island of Antikythera back in 1900, the shipwreck became famous when researchers recovered the so-called Antikythera mechanism during their initial excavations. Heralded as the world’s first analog computer, the incredibly sophisticated clockwork device models the movements of the Sun, Moon, and planets, allowing astronomers to predict the dates of eclipses and planetary alignments.

Though archaeologists suspect the 40-meter-long (130-foot) vessel was probably traveling from the Eastern Mediterranean towards Rome when a storm sent it crashing into the rocks off the coast of Antikythera, the exact origin and purpose of the voyage is still unknown. 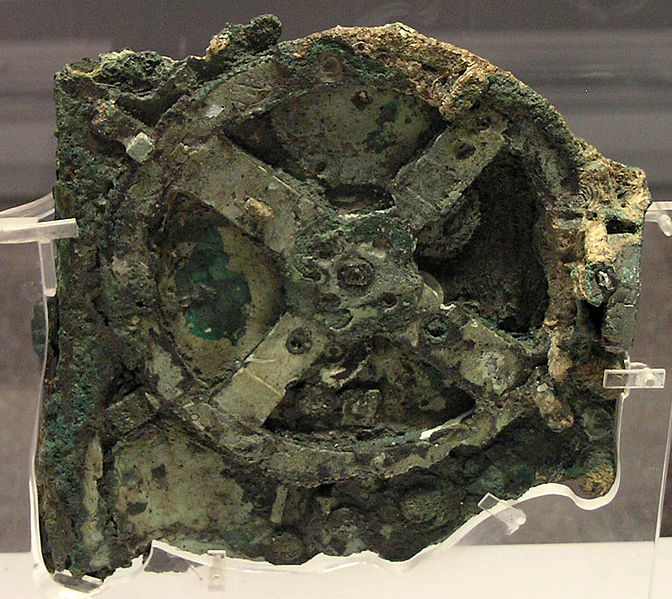 The Antikythera mechanism is an amazingly complex astronomical device, described as an ancient analog computer. Marsyas via Wikimedia Commons

Fortunately, many of the mysteries lying on the seabed may soon be solved, thanks to a team led by Brendan Foley from the Woods Hole Oceanographic Institution, who recovered the human remains. Among their findings were part of a skull along with three teeth, as well as two femurs, arm bones, and several pieces of rib, all of which are thought to belong to the same person.

Hannes Schroeder of the Natural History Museum of Denmark has since been tasked with sequencing the DNA contained within these bones, and is currently awaiting clearance from the Greek authorities to get started. "Against all odds, the bones survived over 2,000 years at the bottom of the sea and they appear to be in fairly good condition, which is incredible," he said in a statement.

It is hoped that Schroeder’s studies will reveal the gender, ancestry and geographic origin of the bone’s owners, as well as some of his or her physical characteristics such as hair and eye color. In the meantime, the researchers have nicknamed the ancient sailor Pamphilos, after finding this name inscribed in a wine glass among the wreckage of the ship.