It has been one of the most intriguing mysteries in archaeology: What caused the Maya civilization to collapse? Building massive ancient complexes that housed millions of people, the Maya were the dominant force in Central America for hundreds of years. But then disaster struck, and the bustling urban centers were abandoned to be reclaimed by the forests.

It now seems that, at the Maya site of Ceibal in Guatemala at least, the civilization may have suffered not one but two collapses. By using radiocarbon dating at the site, the authors of a new study published in the Proceedings of the National Academy of Sciences have managed to recreate one of the most precise chronology's of the civilization.

“It's really, really interesting that these collapses both look very similar, at very different time periods,” says Melissa Burham, one of three University of Arizona students who co-authored the study, in a statement. “We now have a good understanding of what the process looked like, that potentially can serve as a template for other people to try to see if they have a similar pattern at their (archaeological) sites in the same area.” 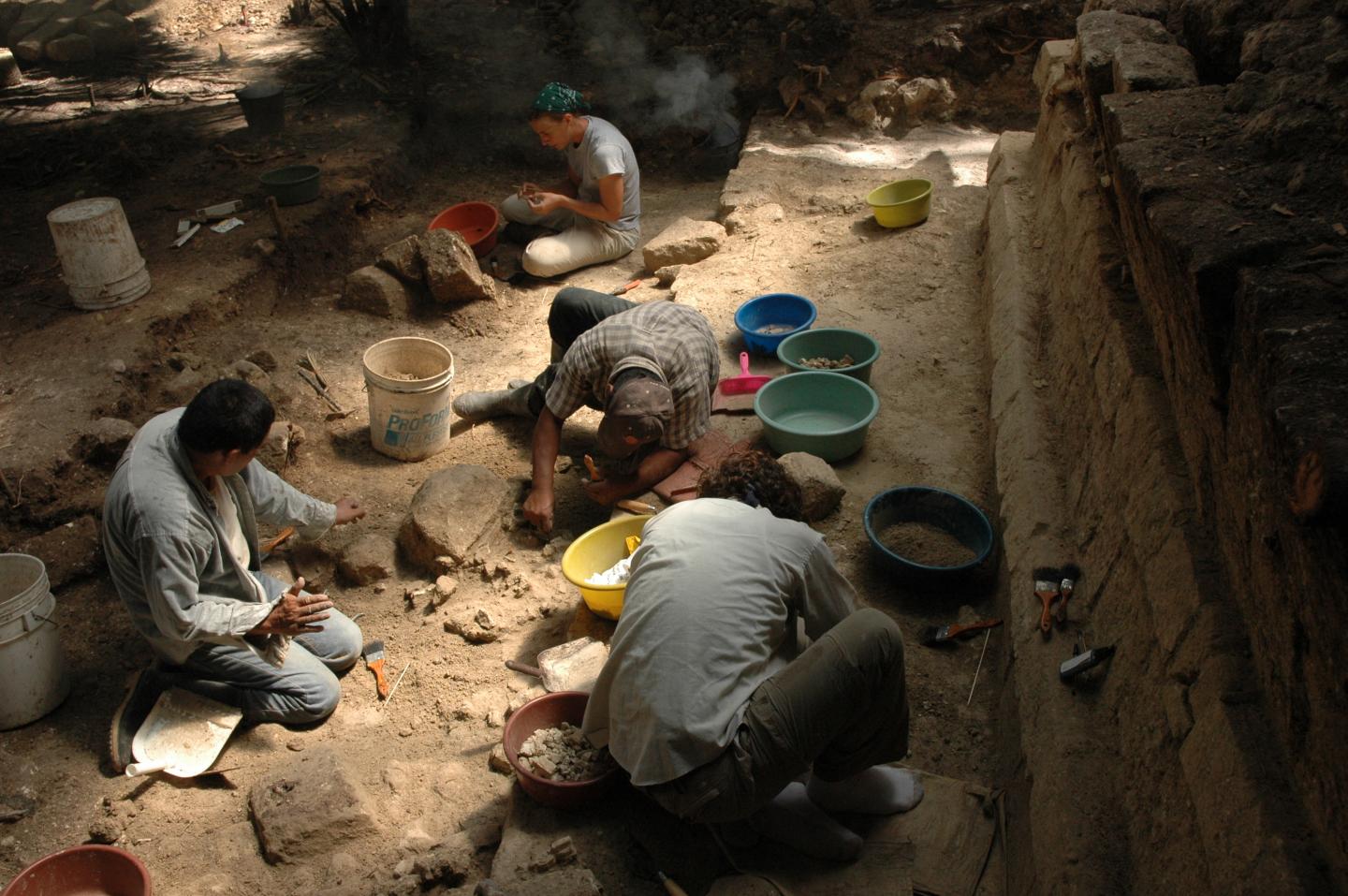 The archaeologists excavating the site at Ceibal, Guatemala. Takeshi Inomata/University of Arizona

By using radiocarbon dating of pottery at a highly controlled archaeological dig at the site, they were able to precisely establish at what points in time populations and buildings rose and fell during the occupation of the settlement. They found that there were two collapses in the civilization – one during the 2nd century CE, which preceded the more well-known event that occurred in the 9th century CE that spelled the end of the Maya.

Curiously, both followed similar patterns. The society at the time started off with multiple waves of instability, which was then followed by warfare, political crises, and eventual collapse of the urban centers. While there are currently only two data points, the consistencies of the timelines has led the researchers to believe that this may be a common trajectory, and want other archaeologists to see if their sites also follow the same pattern.

The work questions the general assumption that the Maya civilization experienced a gradual decline, something that the authors suggest is a result of less precise dating and chronologies, and therefore masks the smaller waves of collapse that preceded both major declines.