The depths of the Mexican rainforest are giving up even more secrets of their ancient past. At the Mayan site of Palenque – where a complex of buildings, pyramids, and tombs built by the pre-Colombian civilization still nestle among the forest – archaeologists have found a water tunnel beneath one of its most famous structures. They believe this tunnel under the Temple of Inscriptions was once thought to transport the spirits of the dead to the underworld.

The tunnel was originally discovered by accident. While using geo-radar in front of the temple in 2012, the researchers became concerned about a bizarre anomaly beneath the ground. Initially, they were worried that a sinkhole or geological fault might be about to open up, threatening to swallow or collapse the pyramid, which was built between 683 and 702 AD. This spurred them to conduct test digs at the site, during which they found layers of carefully carved stone covering a small tunnel.

Too small for a person to squeeze into and explore, the archaeologists sent a remote-controlled vehicle with a camera down the shaft. In the tunnel, they found flowing water – an intriguing discovery due to its similarities to another find at a major pre-Colombian site near Mexico City, Teotihuacan. “In both cases there was a water current present,” said Pedro Sanchez Nava, the director of archaeology for the National Institute of Anthropology and History, to the Associated Press. “There is this allegorical meaning for water... where the cycle of life begins and ends.” 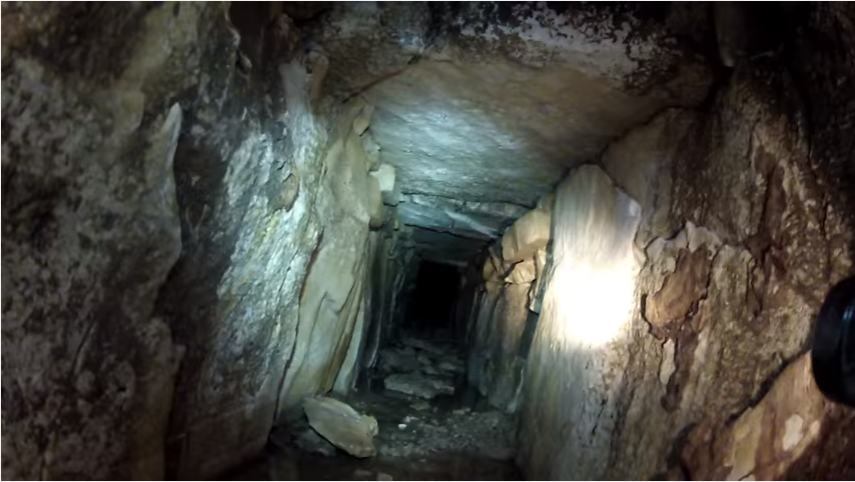 The tunnel is too small for a person to fit down, but not a robot with a camera. INAH TV/YouTube

What is more intriguing still is the fact that the same carved stones they found at the base of the steps to the pyramid have also been discovered in the floor of the tomb of ancient ruler Pakal, who is buried inside the structure. This suggests that the tomb and the pyramid were purposely built on top of the spring, and that the same tunnel channels water from the tomb out to the front of the temple, potentially taking with it Pakal’s spirit.

This fits in beautifully with a description carved on a pair of stone ear plugs also found in Pakal’s grave, which reads that a god “will guide the dead toward the underworld, by submerging (them) into the water so they will be received there.” The tomb of Pakal has been of great interest, mainly because it is one of the most complete Mayan tombs ever discovered and partly because some think carvings on his sarcophagus show him in a spacecraft. “There is nothing to do with spaceships,” said archaeologist Arnold Gonzalez.