Over the last 10,000 years, humans have moved around a fair amount. As a result, the people who live in Western Europe, for example, are not that closely related to the people who lived there during the Stone Age. But researchers have found that one population of humans still living in the Far East of Russia are incredibly closely related to those who lived there 8,000 years before, maintaining a direct genetic link back to their hunter-gatherer relatives.

The work is based on the discovery of five skeletons in Chertovy Vorota Cave, also known as the Devil’s Gate Cave, and dated to approximately 7,700 years ago. Located just 30 kilometers (19 miles) from the far eastern coast of Russia, archaeologists found the human remains along with preserved textiles, including fishing nets, mats, and ropes, made from twisted blades of sedge grass. From two of these skeletons, which all belonged to women, they were able to extract enough DNA to sequence their nuclear genome.

The researchers then set about comparing it with hundreds of genomes taken from people living today right across Europe and Asia. They found that there was effectively little to no major population turnover, or migration, into the region for thousands of years. The indigenous people, the Ulchi, who are still living just a few hundred kilometers north of where the skeletons were found show no evidence of having inherited any DNA from groups of humans other than those found in the cave. 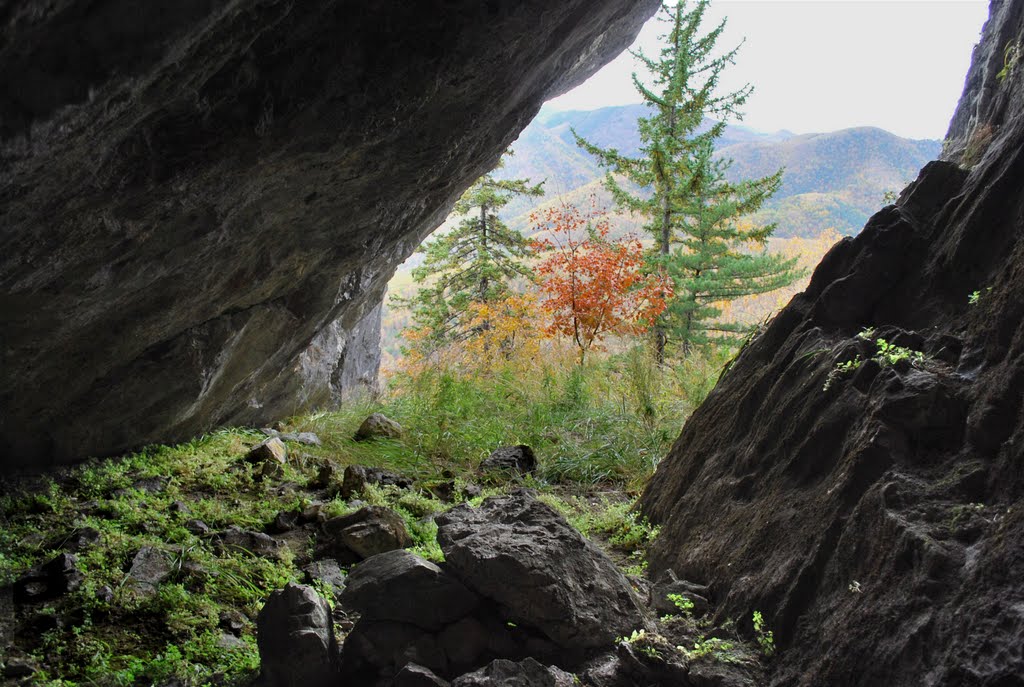 The Chertovy Vorota Cave in which the five female skeletons were originally found. Yuriy Chernyavskiy

Not only that, they also found that the ancient skeletons bared a genetic resemblance to other indigenous groups living in East Asia, including some from Siberia and China, and to a lesser extent modern Koreans and Japanese.

“Genetically speaking, the populations across northern East Asia have changed very little for around eight millennia,” explained Andrea Manica from the University of Cambridge, who co-authored the paper detailing the findings in Science Advances. “Once we accounted for some local intermingling, the Ulchi and the ancient hunter-gatherers appeared to be almost the same population from a genetic point of view, even though there are thousands of years between them.”

This is an astonishing discovery, to find that there is a direct genetic link from a population of humans living today to those 8,000 years in the past. Apart from the indigenous Aboriginal people of Australia, whose ancestry can be traced by tens of thousands of years, this link is incredibly rare for those on continents where migration is thought to have occurred at much greater rates.