It is now well accepted that the ancient Neanderthals who thrived in Europe before the arrival of modern humans formed complex societies. From painting caves to producing jewelry, they are also thought to have performed rituals for their dead. Now, archaeologists studying Neanderthal remains discovered in Belgium think they may have been practicing something a bit more gruesome.

Bone fragments excavated over 100 years ago in the Goyet caves in central Belgium show evidence that the bodies of the dead were intentionally butchered. The scrapes and cut marks on the 40,500-year-old bones were consistent with those seen on reindeer bones also found in the cave. This suggests, claim the researchers, that the occupants may have been eating their dead.

“These indications allow us to assume that Neanderthals practiced cannibalism,” said Hervé Bocherens, who co-authored the paper published in Scientific Reports. “The many remains of horses and reindeer found in Goyet were processed the same way.” While the evidence clearly shows that the living were removing the flesh from the dead, what it can’t show are the reasons behind this. Whether they were removing the skin and meat purely to eat the dead, or whether it was actually part of some form of ritual is impossible to tell. 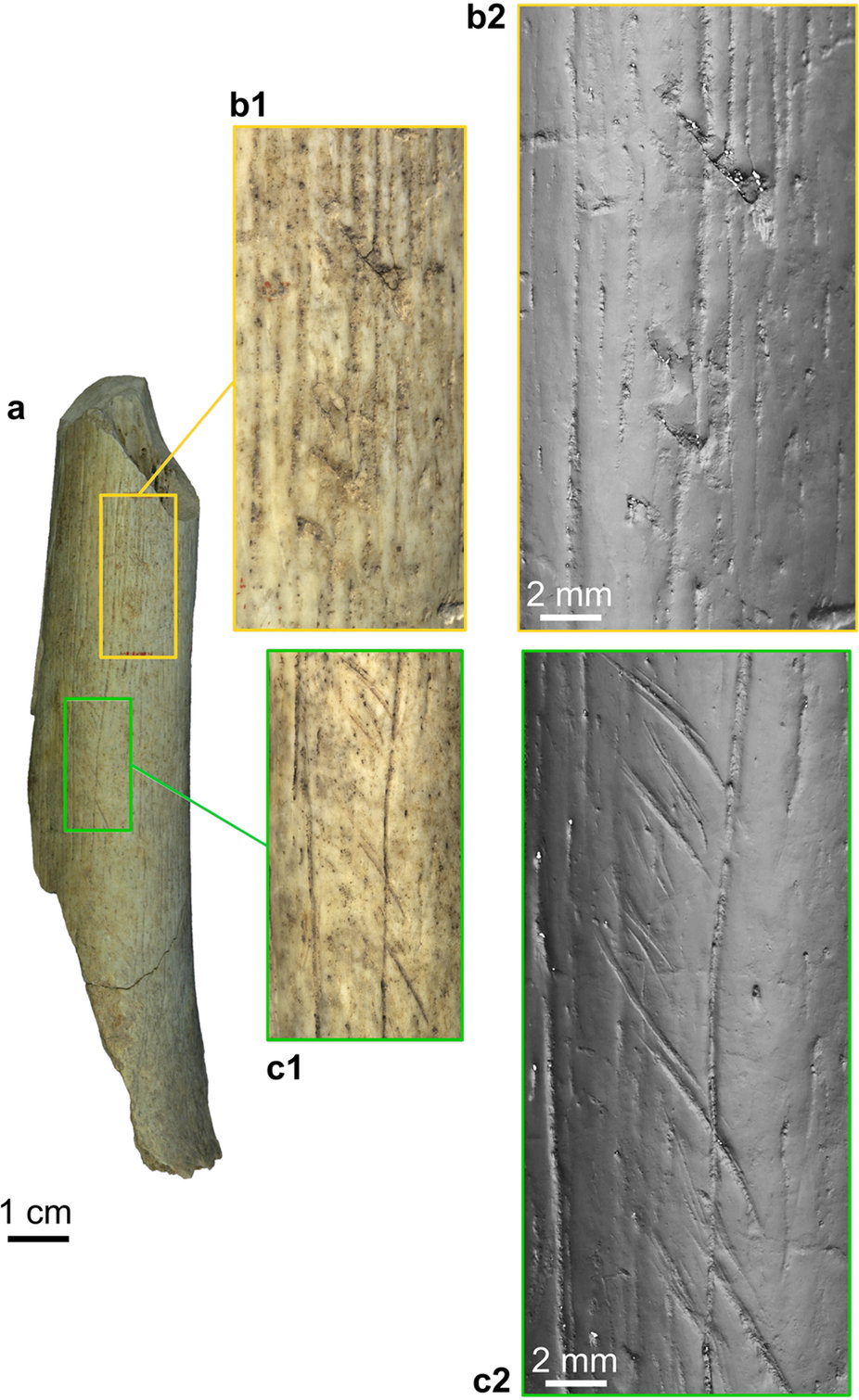 Evidence of these symbolic acts have been discovered in other parts of Europe, such as in Spain, but this is the first time evidence of Neanderthals skinning, cutting up, and removing the bone marrow of their dead have been found north of the Alps. Not only that, but it seems that they were also taking the bones of the dead and fashioning them into tools. Out of 99 bone fragments assessed, they found that one thigh bone and three shin bones were used as knapping tools to shape other stones.

The researchers were also able to perform a complete analysis of mitochondrial DNA for 10 individuals represented by the bone fragments, doubling the total number of Neanderthals for which this has been done. Their findings support earlier ones that showed that the genetic diversity of Neanderthals in northern Europe was drastically reduced in the run up to them dying out.

What is also interesting is how those Neanderthals living in Goyet dealt with their dead differently to other populations in the surrounding areas. No other site in the region has found indications that Neanderthals butchered their dead; on the contrary, they have yielded burials instead. “The big differences in the behavior of these people on the one hand, and the close genetic relationship between late European Neanderthals on the other, raise many questions about the social lives and exchange between various groups,” said Bocherens.

Neandertal bone fragments from at least five individuals, which were found in the Troisième caverne. The fragments marked with a star were dated to 40,500 - 45,500 years old. Scale shown = 3cm. Photo: Royal Belgian Institute of Natural Sciences.