Scientists are increasingly hopeful that certain types of psychedelic drugs will one day be approved for medical purposes like treating depression and anxiety.

But what defines a psychedelic (or hallucinogen, as they are also known)? How is it different from other drugs like cocaine or alcohol? And what makes a "trip" on one psychedelic — like acid, for example — distinct from a trip on another? Read on to find out.

1. Psychedelics are the ultimate party drug.

Why it's bogus: Many scientists believe this label is unwarranted. Patients with cancer who have participated in clinical trials of psilocybin (the psychoactive ingredient in magic mushrooms) describe their psychedelic trip as anything but recreational. In most cases, these trips bring up feelings of panic, anxiety, and fear — feelings that eventually subside and are replaced by what appear to be lasting, positive personality changes. Some people describe being more optimistic about life; others say they've experienced a complete change in perspective that's allowed them to improve their relationships.

The myth: It's often assumed that hallucinogenic drugs like LSD, as opposed to stimulants like cocaine, are derived from nature.

Why it's bogus: While two hallucinogenic drugs — magic mushrooms and ayahuasca* — can be found naturally, LSD is made synthetically and usually processed into strips that can be absorbed by placing them on the tongue.

*Ayahuasca is brewed from the macerated and boiled vines of the Banisteriopsis caapi (yage) plant and the Psychotria viridis (chacruna) leaf, and it has been used for centuries as a traditional spiritual medicine in ceremonies among the indigenous peoples of Bolivia, Colombia, Ecuador, and Peru.

3: Psychedelics will always make you "trip."

The myth: If you take a hallucinogen, you will experience what's known as a "trip," which involves hallucinations that may include things like seeing sounds or hearing colors.

Why it's bogus: Most recent studies of psychedelics focus on "trip treatment" — essentially giving someone what's considered a "full" dose of psychedelics.

But as this important research has gained steam, so too has another trend that has not yet been studied: microdosing. Microdosing involves taking tiny doses of psychedelic drugs that are too small to induce a trip. Still, while people in Silicon Valley and elsewhere claim to be using microdosing to increase their productivity, it's impossible to say if these anecdotal reports are legitimate without further research. 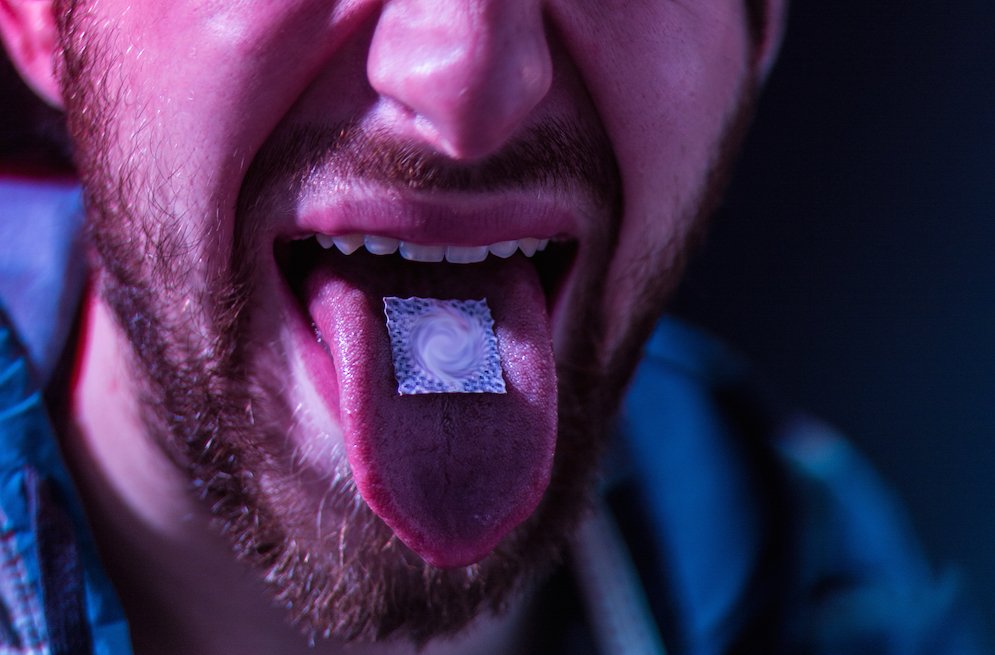 They myth: Anti-drug campaigns put out in the late 1990s and early 2000s claimed that using MDMA ("ecstasy") put holes in your brain.

Why it's bogus: In reality, the only thing that would create physical holes in the structure of the brain is blunt force trauma. There's a wealth of research indicating that there is a relationship between drug use and other physical changes to certain brain structures, including growth and shrinkage, but it remains unclear how exactly the two are linked (if at all).

Still, any drug comes with side effects. That means that again, like any drug, MDMA is not 100% safe for everyone.

5. Psychedelics affect the brain just like any other illegal drug.

The myth: Hallucinogens are illegal and have the same impact on the brain as other illegal drugs.

Why it's bogus: Questions remain about exactly how psychedelics impact the brain. What we do know is that psychedelics have a fundamentally different effect on the brain than highly addictive drugs like alcohol, nicotine, or cocaine.

Cocaine, for example, is thought to elicit a deep, euphoric sensation by temporarily flooding the brain's reward and motivation centers, which in some people can trigger a cycle of reinforcement and addiction.

On the other hand, psilocybin, the psychoactive ingredient in magic mushrooms, appears to fundamentally alter the infrastructure of the brain's prefrontal cortex and change how information in this area of the brain is exchanged. Some research suggests that this could actually help, rather than harm, some people.

6: They all produce a "trip" that's about the same amount of time.

The myth: If you take any hallucinogen, you'll trip for a few hours.

Why it's bogus: The "trip length" of a full dose of psychedelics can differ drastically based on which type of drug you ingest. LSD trips tend to be the longest, and while they typically range from six to 11 hours, some users have reported even longer trips lasting up to 14 hours.

7. Scientists already know everything there is to know about psychedelics.

The myth: Psychedelics have been extensively studied and no further research is needed.

Why it's bogus: In the 20th century, ayahuasca, LSD, and other hallucinogens were slow to gain notoriety across Europe and North America. They saw a temporary surge in popularity in the US in the 1960s, with people like Timothy Leary and Richard Alpert writing about the "ego loss" produced by magic mushrooms as part of their Harvard Psilocybin Project.

But in 1966, the government outlawed psychedelics — and most experimentation, along with research into their potential medicinal properties, came to a screeching halt. As a result, it's hard to say definitively whether or not psychedelics are "safe" or not, but recent research suggests they are less dangerous for many people than initially portrayed.

But in 1966, the government outlawed psychedelics — and most experimentation, along with research into their potential medicinal properties, came to a screeching halt. As a result, it's hard to say definitively whether or not psychedelics are "safe" or not, but recent research suggests they are less dangerous for many people than initially portrayed.