The estimated annual health care costs related to obesity are over $210 billion, or nearly 21 percent of annual medical spending in the United States. Americans spend $60 billion on weight loss products each year, trying everything from expensive meal replacement products to do-it-yourself programs on the latest cell phone apps. We gather weight loss advice, voluntarily or involuntarily, from news outlets, social media and just about everyone.

Americans have known for 15 years that obesity is an epidemic; the surgeon general declared it so in 2001. Despite intense efforts to prevent and treat obesity, however, studies published June 7 in the Journal of the American Medical Association showed that 35 percent of men, 40 percent of women, and 17 percent of children and adolescents are obese. Even more worrisome, the rates continue to rise among women and adolescents.

In fact, experts predict that this generation of children may be the first in 200 years to have a shorter life expectancy than their parents, likely due to obesity.

So what is our society doing wrong? Clearly, what doctors and policy makers have been doing for the last 15 years to address this epidemic is not working.

An article from 2013 in the New England Journal of Medicine (NEJM) identified common myths surrounding obesity from popular media and scientific literature. The authors defined myths as ideas that are commonly held, but go against scientific data. Could these myths be keeping us from treating obesity effectively? As family physicians who treat overweight patients every day, we believe they do. Not only can these myths discourage people, they also provide misinformation that can prevent people from reaching their weight loss goals.

You might be surprised to hear some of these myths:

Myth 1: Small changes in your diet or exercise will lead to large, long-term weight changes.

Unfortunately, this is not true. In weight loss, two plus two may only equal three instead of four. Small changes simply do not add up since physiologically, your body tries to stay the same weight. This doesn’t mean that making small healthy choices don’t matter, because even small things you do to stay healthy matter. It just means you are not likely to meet your weight loss goals by just taking one less bite. It’s likely going to take bigger changes in your diet and exercise.

Myth 2: Setting realistic goals when you are trying to lose weight is important because otherwise you will feel frustrated and lose less weight.

Patients often come in with ambitious goals for weight loss, and we as family physicians nearly always say- go for it! (within safety and reason). There is no evidence that shooting for the stars leads to frustration. If anything, aiming for a larger goal may lead to better weight-loss outcomes.

Myth 3: Losing a lot of weight fast doesn’t keep weight off as well as losing a few pounds slowly.

Again, studies have shown that losing a larger amount of weight fast in the beginning (maybe while you are super motivated) has been associated with lower weight in the long-term. There just isn’t evidence to go “slow and steady” when it comes to weight loss.

Finally, to our favorite one:

Myth 4: Having sex one time burns about as many calories as walking a mile.

Sorry to disappoint, but for an average sexual encounter (lasting 6 minutes!), an average man in his 30s burns just 20 calories. And as the NEJM articles further explains, this is just 14 more calories than just sitting and watching TV. So if the thought went through your head that sex may be your exercise for the day, you should think again.

As family physicians, we were curious to know if our own patients in clinic might believe in these myths. Maybe in the few short years since the NEJM paper was published, this information has permeated through popular media, and corrected itself. Everyone must know these basic facts about obesity, right?

To figure this out, we conducted a study of over 300 people in the waiting room of our diverse academic family medicine clinic. People who participated in our survey had an average age of 37, were mostly female (76 percent), had at least some college education (76 percent), and were a mix of non-Hispanic black (38 percent) and non-Hispanic white (47 percent).

How can we expect people to lose weight if most do not know the basics of weight loss? We didn’t need to go far before we realized that these myths are still found in popular media. In some cases, physicians themselves may fall victim to these myths. 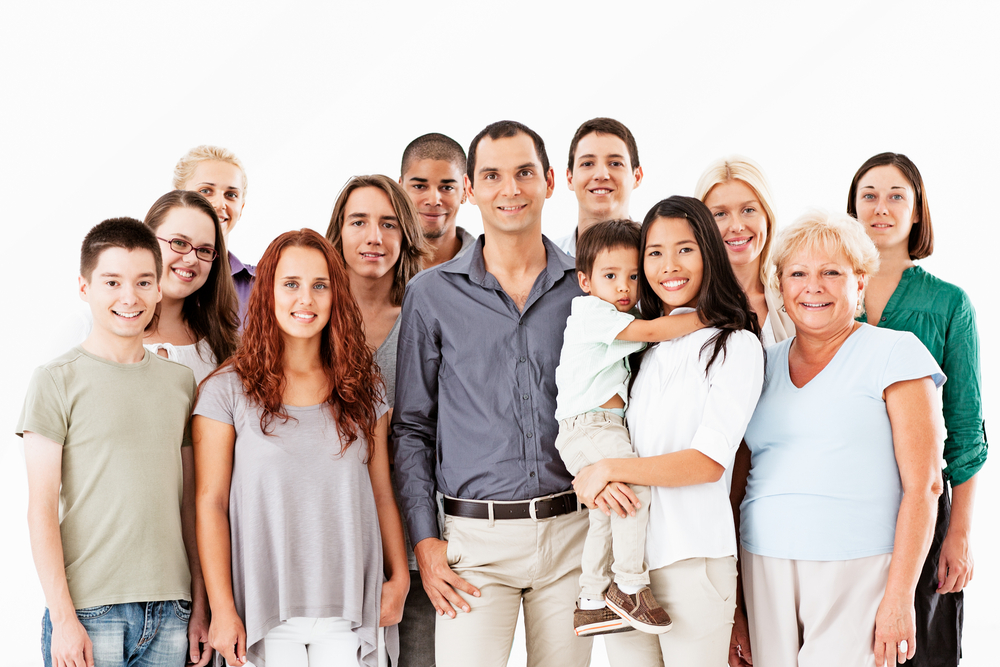 People come in all shapes and sizes. luminaimages/Shutterstock

Of course, healthcare providers should only give evidence-based advice to patients about weight loss in order to optimize their chance of success. Studies have shown that when primary care doctors provide advice on weight loss, patients are more likely to attempt to change their behaviors related to weight. However, even giving better and more advice may not be enough.

The first step is to acknowledge that patients are likely influenced by the myths that are so easily found online and among the advice given by friends and family. This means patients must be particularly savvy consumers of health information and to seek out information from reputable sources. This also means that educating and empowering overweight patients is only one part of the solution. Informing those - friends, family, and also the media - who influence overweight patients is also important if we want to change the trajectory of obesity in the U.S.

If we don’t translate the research on obesity into practice, we cannot expect this problem to improve in our lifetime. We will only have a chance if we use what we know about weight loss and drop these myths.