This frog with a perpetual frown isn't actually grumpy — that's just how the Black Rain Frog looks! This grouchy-faced amphibian has the most intimidating mug around. The proof is in the grumping. Scroll through for more grump. 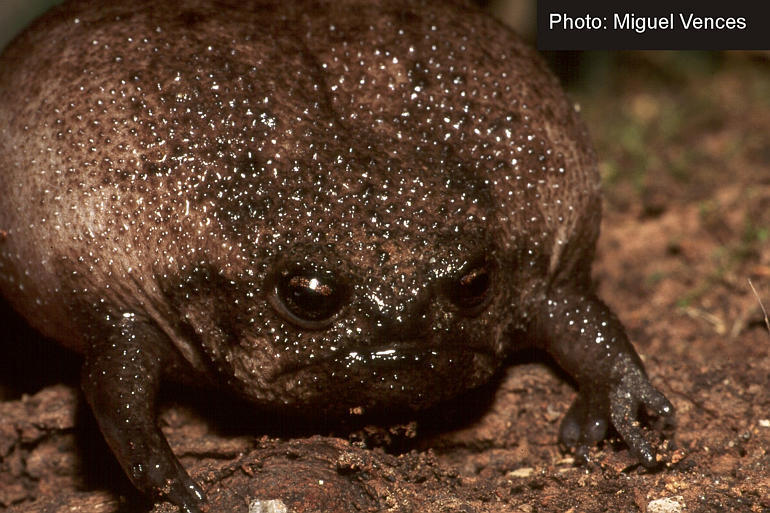 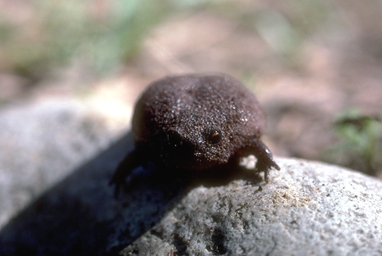 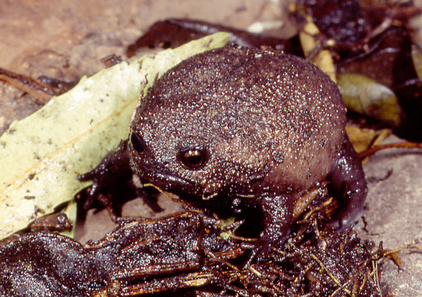 The Black Rain Frog is a burrowing amphibian that is native to the southern coast of Africa. One nifty characteristic possessed by this frog is that they burrow to create tunnels up to 150 mm deep.

In actuality, this frog isn't really crotchety. In fact, they're very considerate! The lady-frogs will secrete a special sticky substance from their backs, so that the male frogs don't fall off during the act of intercourse.

During mating season, the male frogs will actually stay in the burrow to guard their eggs and will send out little chirps as part of their calls. 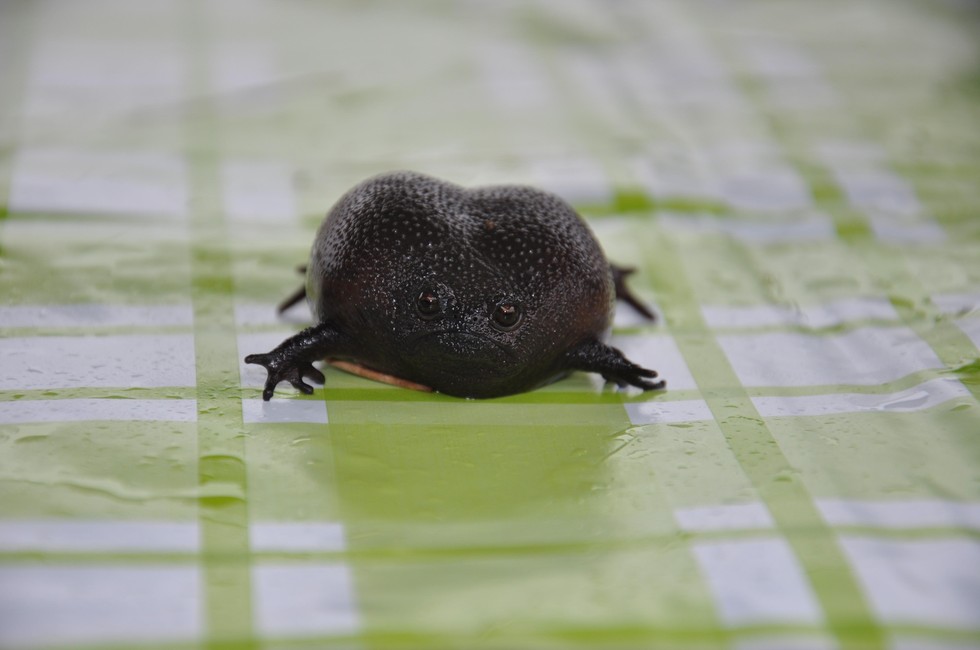 This frog has a special defense mechanism in case of attack. When someone scares him or tries to grab him, he puffs himself up with air to make his body more rotund. Occasionally, he will do this while he is burrowing so that whatever is grabbing for him is unable to pull him out of his hole. So, he ends up looking like a cranky little balloon.

The Black Rain Frog proves that there is always more to a creature than what meets the eye. Nothing can beat that face, though. Keep up the good work, little frog!